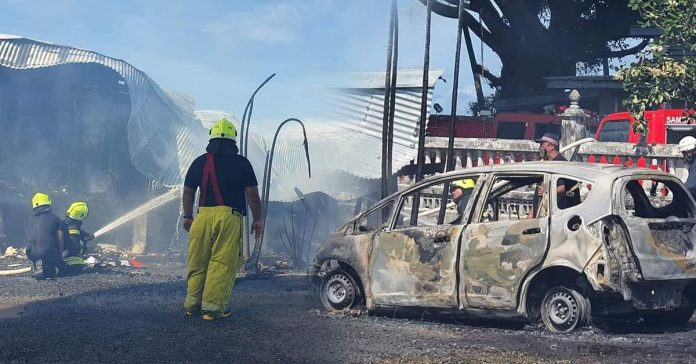 The Minister of Communication and Information Technology (MCIT) Afamasaga Rico Tupai expressed his gratitude that the staff of the Office of the Regulator all escaped safely from the fire that destroyed their offices at Mulinuu this afternoon.

The fire, believed to have started from underneath the building broke out at 1pm Thursday afternoon and FESA were able to contain it before it spread to TV1 next door.  The firefighters were able to save a satellite dish worth close to $2 million tala, that stood infront of the building. 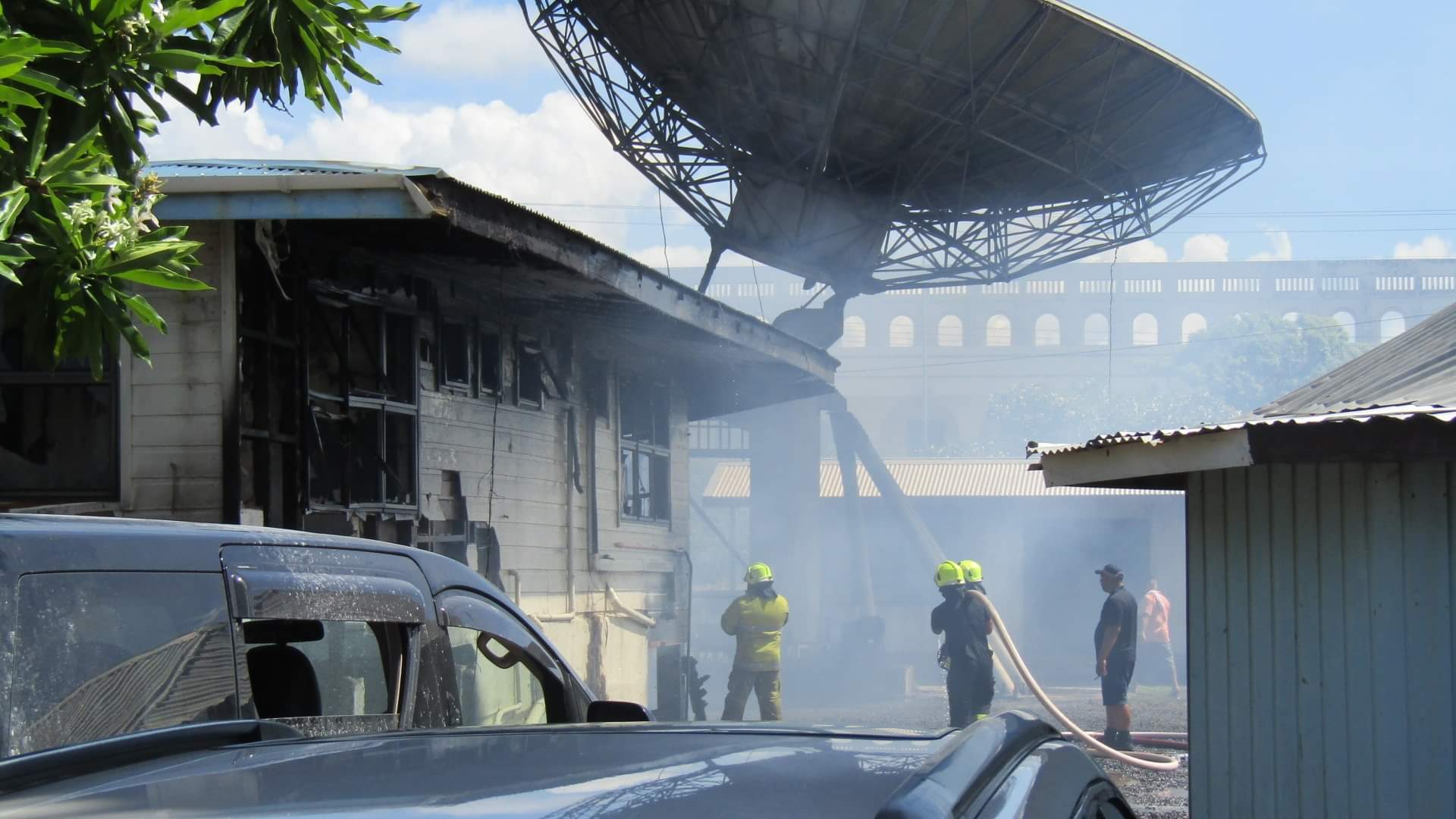 “The most important thing is that noone has been hurt, and all the staff managed to get out safely”, said the Minister.

The Minister encouraged the staff, and confirmed that external back-up sites of data and information for the Office are all safely stored.

“They just need to open their laptops, open up their back up files, and resume work!”, said the Minister.

The fire spread quickly through the old wooden building that housed the Offices of the Regulator, leaving the staff with no time to grab personal belongings or even car keys of personal vehicles parked near the building.

According to the Minister, the building damage is around ST$200,000 tala. A double cab pickup that belonged to the office, was destroyed in the fire.

Another two vehicles parked infront of the building belonging to staff members, could not be removed and exploded into flames as firefighters fought to contain the fire. 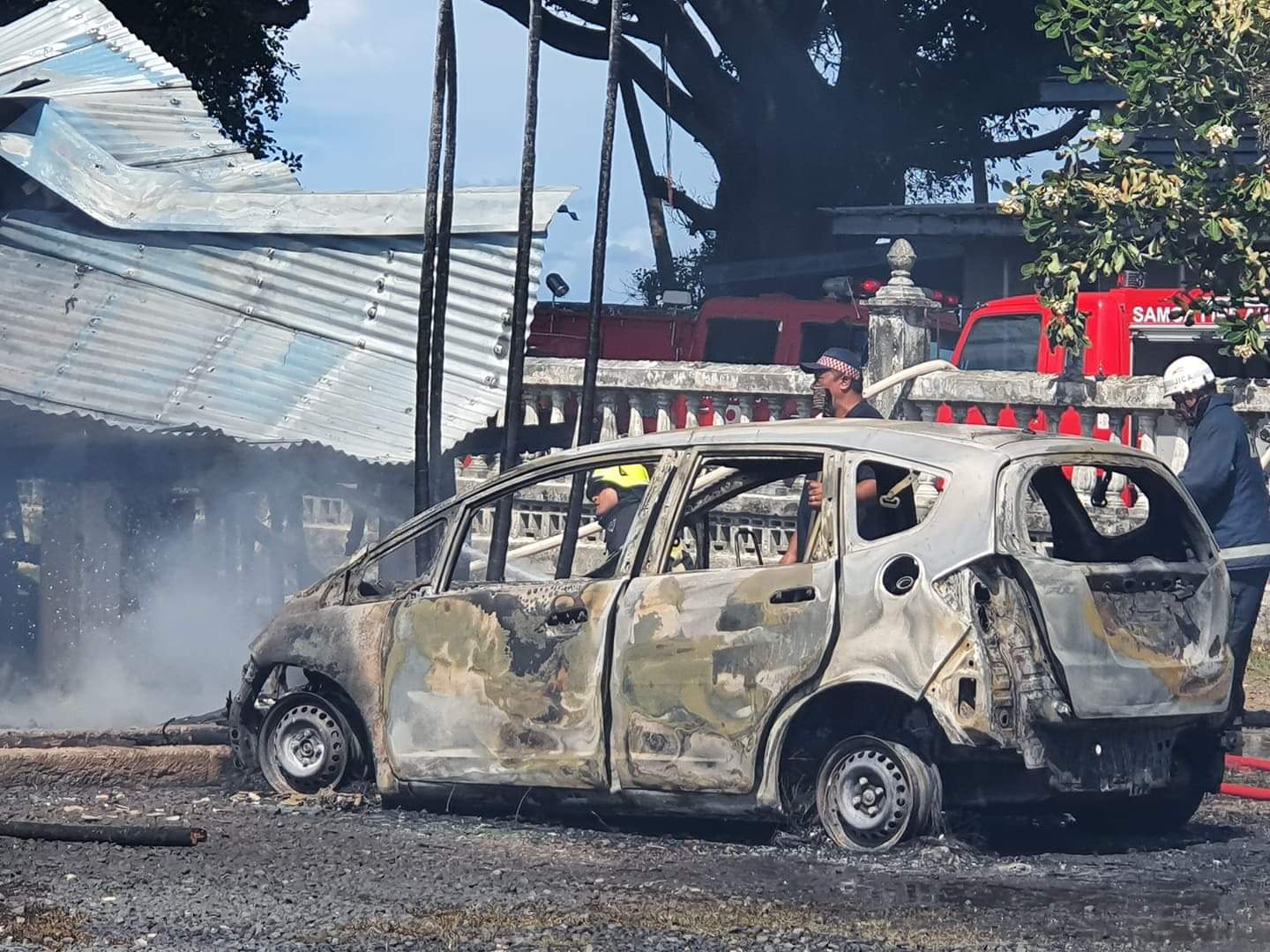 Afamasaga said the wind helped to fan the flames, and the heat of the sun also contributed to the tragedy.

The staff of TV1 Samoa were first to become aware of their neighbour’s building catching fire and alerted the Office of the Regulator. The news team for TV1 were seen helping the first reaponders while journalists streamed live from the frontline of the tragic incident.

TV1 Managing Director Galumalemana Faiesea Matafeo said they were able to remove all their staff vehicles parked alongside the burning building and were grateful to the team at FESA for their hard work to contain the blaze before it could spread further.

The Ministry of Communication and Information Technology would be looking to secure an office space for the Office of the Regulator to continue its work.