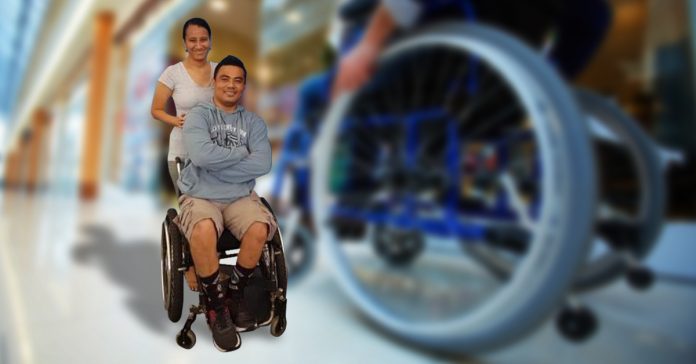 The Office of the Ombudsman has issued a statement regarding the case of Mr Vern Lusiano, a man with a disability who was verbally abused by a traffic officer during a routine roadblock at Malie earlier this month.

The Ombudsman Maiava Iulai Toma reminds us to treat the most vulnerable in our communities with respect, in line with our core cultural values that guides relationships – “va fealoai”.

Office of the Ombudsman Statement in full:

“It has been brought to our attention an incident involving a member of the public and a Police Officer that has raised many public concerns. It is understood from the facts of the incident that the member of the public involved is a member of our disability community. The situation itself highlights the everyday experiences faced by our most vulnerable communities not just in Samoa but around the world. Sadly, individuals who have a disability often face discrimination (being treated unfairly) in different aspects of their lives.

This situation is a reminder that, among some of us, we are failing to uphold our cultural values of “va fealoa’i” – (respect within relationships) a form of respect that is a core value for which our culture is well-known. It is not merely in the way of talking but also the body language of the person, the way we treat each other that is mutually reinforced to go both ways regardless of our status.

Vern Lusiano’s situation itself is a greater reminder of the need to further advance public awareness-raising and education to address stereotypes, prejudices, and stigma to overcome negative attitudes such as that experienced by Vern and removing all barriers that prevent their ability to do what every other person can do including driving.

The concept of human rights is based on a common recognition of the importance of fair treatment for all and the belief that people should be able to live free of violence, discrimination, and abuse. Samoa ratified Convention on Rights of Persons Disability in 2016 and in doing so agreed to comply with the CRPD to further protect the rights of our people with disabilities. Article 5 of this Convention recognizes that everyone is entitled to equal protection and benefit of the law without discrimination. It is a fundamental principle of the CRPD.

Equality here means we are all the same and we all have equal worth simply by being human regardless of our differences including disability. This concept requires not only individuals but also societies in which we live, to accommodate human differences.

For awareness, Discrimination is treating someone differently or unfairly based on one or more personal attributes (e.g. gender, religion, sexual orientation, disability, etc.) Discrimination can be experienced in two different yet, equally destructive, forms.

There is a general obligation by Government to ensure that there should be no laws that discriminate against people with disabilities but we also have a general responsibility to each other to ensure that we respect the rights of others by not making them feel any worthless or useless. We do not need to look at human rights to tell us this but to the bible and our cultural values that underpins our principles of the way we shall treat one another. We all have a responsibility for addressing discriminatory behaviors and attitudes.

The Office encourages the public to speak out against discrimination and seek advice if they experience any discriminatory behaviors or attitudes in the execution of services by any public servants.

The Office can be accessed on Level 5, Central Bank Building, or on 25394 for any assistance.