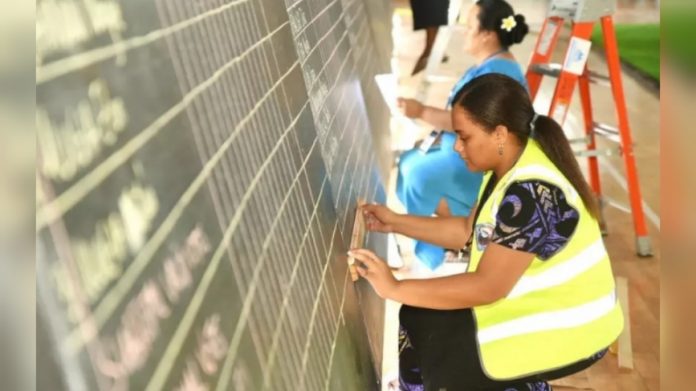 Translated from files of FaaSamoa.  A warrant has been issued by the Speaker of the House, Hon Papalii Lio Oloipoa Taeu Masipau, directing the Office of the Electoral Commissioner to proceed with arrangements to hold a by-election for Vaimauga 3. 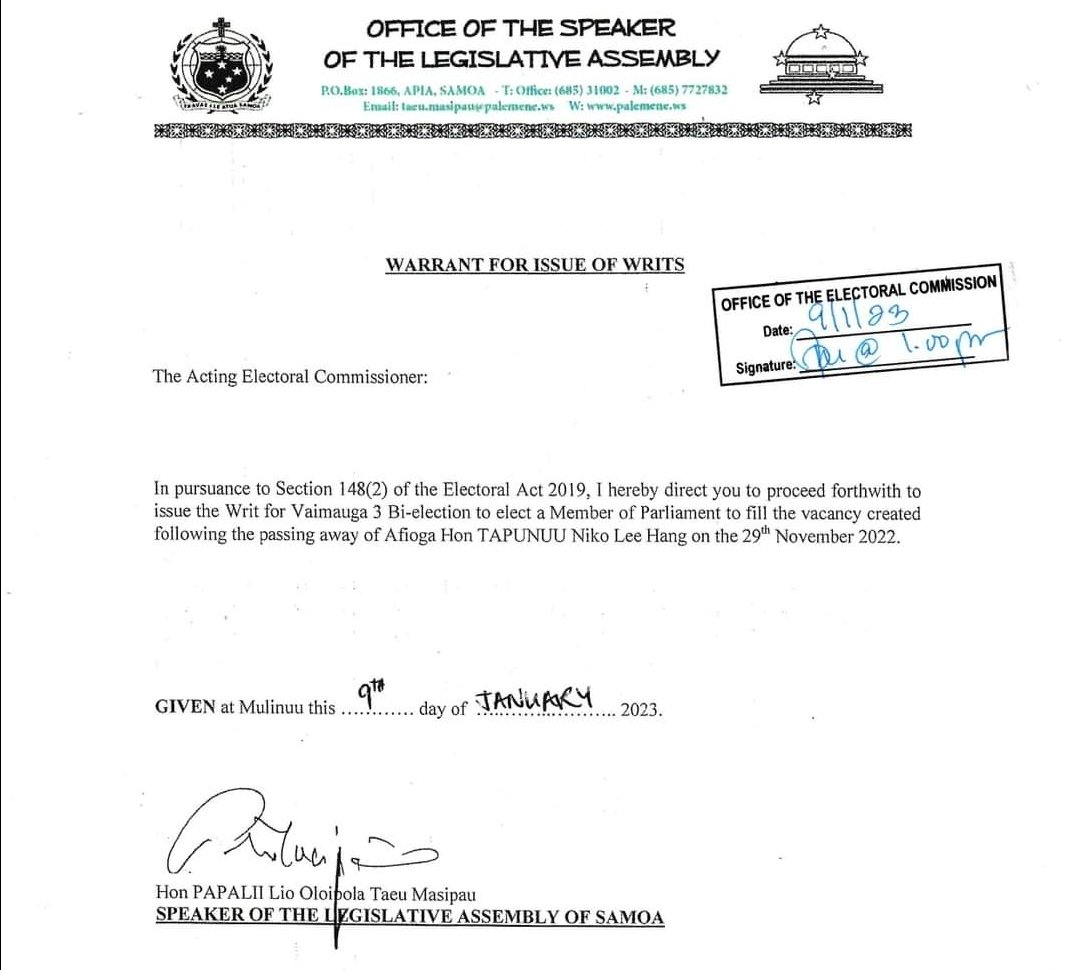 In a telephone interview with Acting Electoral Commissioner Mauga Fetogi Vaai, she confirmed that the process was now underway and the by-election is expected to be held in February.

“We did receive the Warrant yesterday, and the Office is now working towards setting the calendar of events towards the by-election.”

Mauga says the Electoral Roll for Vaimauga 3 is now open for voter registrations and other dates pertaining to candidates and the by-election will soon be announced.

The Vaimauga seat was won by Tapunuu at the April 2021 General Election by 139 votes.

There was a close challenge launched by (Faatuatua i Le Atua Samoa ua Tasi) FAST candidate, Veatauia Faatasi Puleiata, with a margin of less than 140 votes.

Veatauia was a Senior Registrar of the Supreme Court prior to his resignation to run for elections.

It is understood that Veatauia will again be running under the FAST ticket at the February by-election. The Human Rights Protection Party have not yet announced a candidate.

Samoa’s Parliament 2021-2026 comprises 53 seats – from the 51 Electoral Constituencies plus 2 seats to ensure the representation of women does not fall below 10 percent.