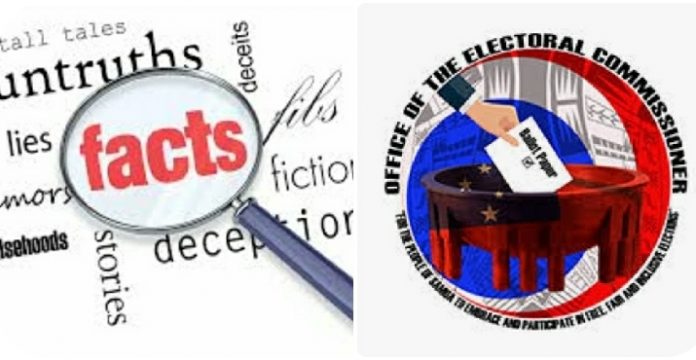 The Office of the Electoral Commissioner in its role to protect and preserve the integrity of Samoa’s general elections, has had to send out a statement to address incorrect reports that seasonal workers across New Zealand and Australia, have already cast their votes for the upcoming general elections scheduled for Friday 9th April 2021.

The false reports on social media are politically motivated in that they further state seasonal workers were made to vote HRPP, or risk losing their temporary work placements.

The Office of the Electoral Commission confirms that, “🚫These reports have no factual basis and as such, are completely untrue”.

❌Voting for all eligible voters of the Independent State of Samoa does not begin until the 5th of April up until the 9th of April, for the General Election”.

The Office of the Electoral Commissioner reiterates that any reports of voting outside these times, or through means other than those officially facilitated by the OEC, “are false and should be immediately reported to our Office”.