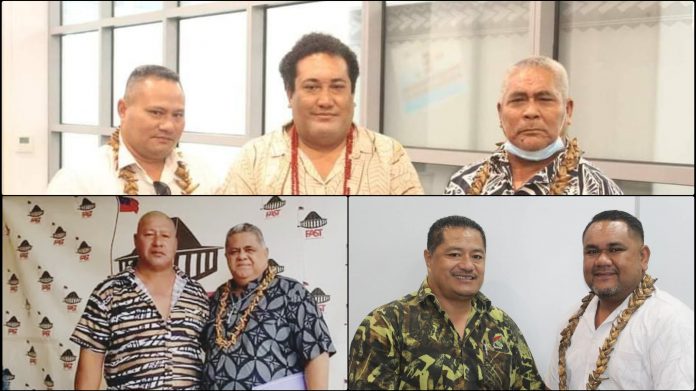 14 May 2022 Apia Samoa. At the close of candidate nominations for Samoa’s upcoming Gagaifomauga 2 by-election, the Office of the Electoral Commissioner had received and accepted five applications.

The seat was vacated by the sudden passing of Associate Minister for Agriculture and Fisheries, Hon Vaele Paiaaua Iona Sekuini Paiaaua. 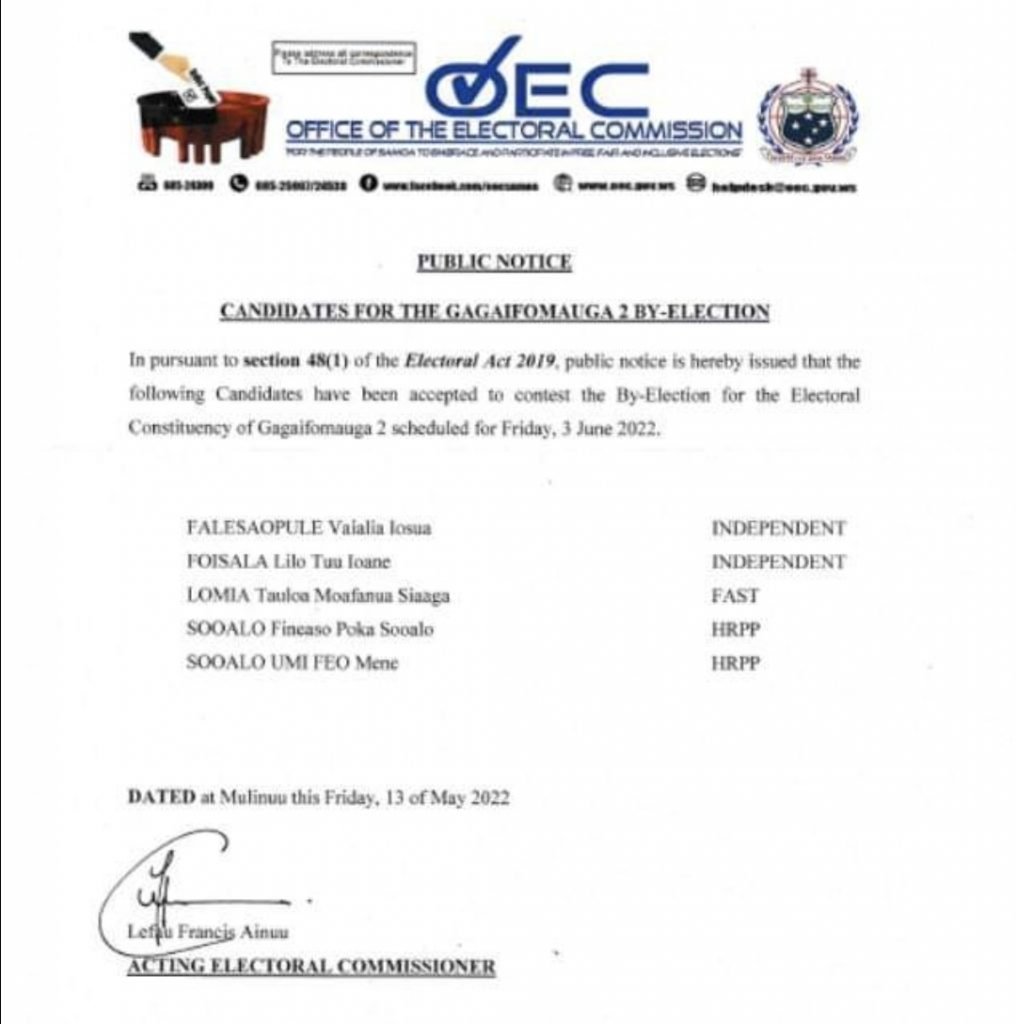 The Faatuatua i Le Atua Samoa ua Tasi party have endorsed Lomia Tauloa Moafanua Siaaga, a matai from Safune who is currently outside of the village council.

The two Human Rights Protection Party candidates are both from the village of Samauga.

The mood was friendly between candidates at the Office of the Electoral Commssioner as they came in on Friday morning to enter their nominations.

Village Council members from Safune and Samauga village were also present to show their support for candidates.

The period for objections which can be filed against a candidate’s eligibility is now open. The election will be held on Friday 3rd June.

Samoa’s Parliament is currently 31 FAST, 22 HRPP including the three women yet to be sworn in.

The Gagaifomauga 2 seat will make Samoa’s 17th Parliament a sitting of 54 members.