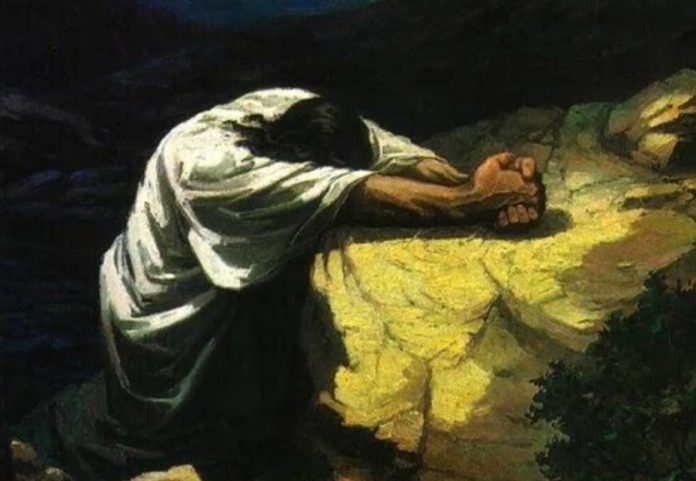 We take the time to Be Still, and read about Jesus the night before his crucifixion over 2000 years ago. Luke was a physician and describes the agony be saw that our Saviour was in, that night in the garden of Gethsemane.
Luke 22:41-44
King James Version

41 And he was withdrawn from them about a stone’s cast, and kneeled down, and prayed,

42 Saying, Father, if thou be willing, remove this cup from me: nevertheless not my will, but thine, be done.

43 And there appeared an angel unto him from heaven, strengthening him.

44 And being in an agony he prayed more earnestly: and his sweat was as it were great drops of blood falling down to the ground. 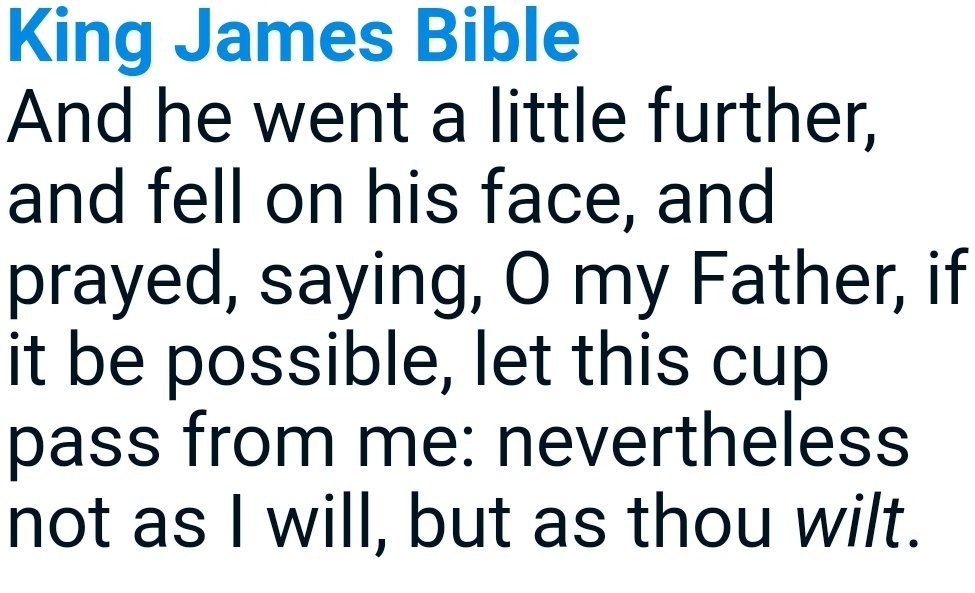 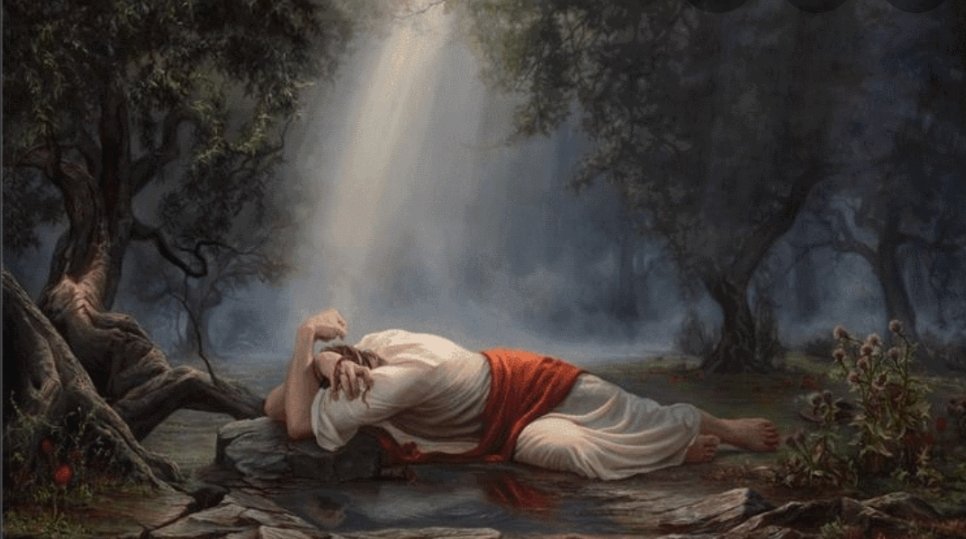 By Andrew C. Skinner, excerpted from his Book “Gethsemane”

Luke’s narrative also includes a stunning detail not found anywhere else in the New Testament. An angel appeared to the Savior to strengthen him in his extremity.

Who cannot be moved by this scene? Under extreme duress, Jesus pleads with his Father to remove the bitter cup. This Son is the Well Beloved Son.

He has never done anything wrong, never! He is perfect and has always sought to honor his Father, to do everything right and good and compassionate.

But the one thing the Father cannot now do for his perfect Son is the very thing his Well Beloved Son has suggested—remove the bitter cup.

He must watch his Son go through all this agony and more. Perhaps it is no exaggeration to say that at that fateful moment in the Garden of Gethsemane almost two thousand years ago, two divine Beings suffered and sacrificed to bring about an eternity’s worth of possibilities for you and me, and billions upon billions of others.

COMMENTARY: What Gethsemane teaches us about suffering

The following is an excerpt from a 2014 book, “Jesus: A Pilgrimage,” by the Rev. James Martin, a Jesuit priest, editor at large of America magazine and the author of many books. This excerpt is taken from the chapter “Gethsemane.”
In the Garden of Gethsemane, Jesus utters his agonizing prayer, “Abba, Father, for you all things are possible; remove this cup from me; yet, not what I want, but what you want.”

At this grave moment in the life of Christ, when he struggles to discern the will of the Father, we are invited to learn more about Jesus of Nazareth, about God, and about ourselves.

Who among us hasn’t found ourselves in a situation where the inevitable seems impossible? Where the unavoidable seems unimaginable? 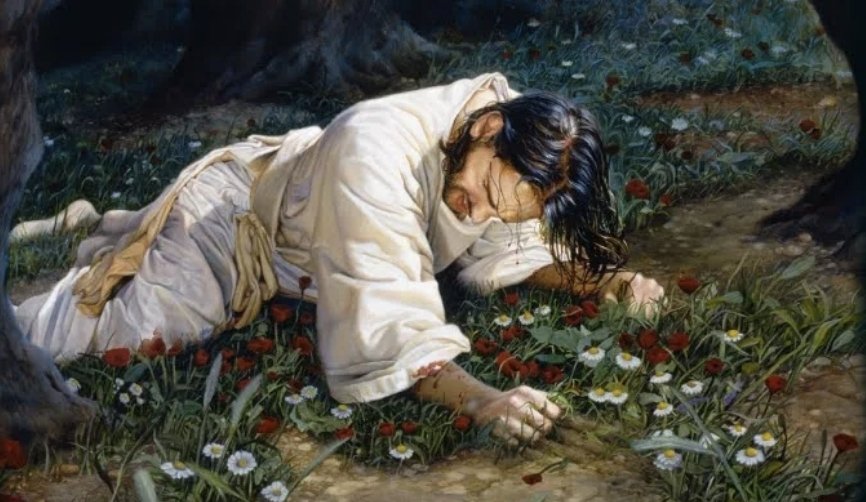 Who hasn’t said to God, in so many words, “Remove this cup”?

The most difficult thing in such a situation may be its crushing inevitability. You want to escape from your life, which suddenly feels like an oncoming train about to run you down. It is the shock you feel when you receive a frightening diagnosis from your physician. When you are laid off from a job. When a friend dies. When a relationship ends. You say to yourself, “This cannot be happening.”

What’s worse, these situations throw us into panic, which make finding God’s “will” far more difficult. At the very moment you want to feel most tethered in God you feel unmoored. Sometimes panic and fear feel like the only rational responses.

When my father was first diagnosed with the cancer that would take his life, and when I heard that the treatments would only lengthen his life by a few months, I couldn’t believe it. “No, no, no,” I thought, this is not the way it is supposed to be. Everyone, if they live long enough, will one day know this feeling. Recently when a friend discovered that his father had an inoperable cancer, and had only one year to live, he said he felt lost. “I don’t even know where to begin,” he told me. 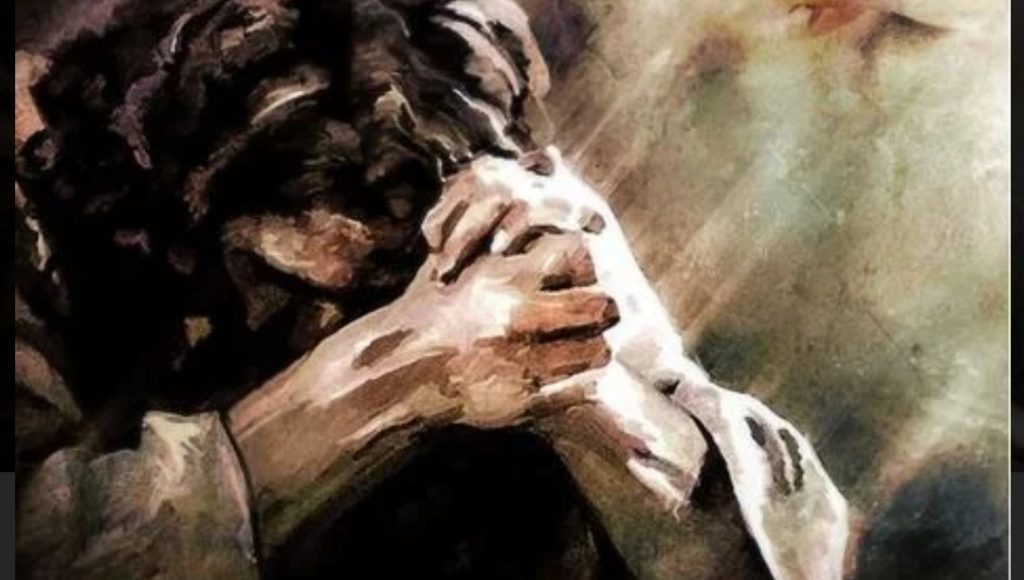 Even when confronted with situations that are not life-threatening we still may say, “Remove this cup.” Long-term suffering can be just as confusing as a catastrophic illness, and it can likewise test our faith.

Perhaps you are stuck in a miserable job with no prospects of relief. Or you are caring for someone living with a chronic illness, and you wonder how much longer you can go on. Or you receive a diagnosis of a minor medical problem that will mean a change in the way you live. In each of these cases you want to say, “Remove this cup.” And, again, exacerbating the situation is a fear that can sap our ability to make good decisions. Panic can so master you that you can barely think, let alone pray.

How can we continue? One way is to look at Jesus in the Garden. He does not avoid the hard truth of his situation. He does not ignore his pain or the pain of his friends. If you are ever tempted to hide your struggles from friends or conceal from your loved ones your deepest pain, listen to what Jesus said to his own friends in Gethsemane, in the New Revised Standard Version: “I am deeply grieved, even to death.” These are not the words of a person who is hiding his feelings.

Let’s look a little more carefully at those words, which can be better translated as “My soul is sorrowful unto death.” The NRSV’s “deeply grieved, even to death” does not capture the connection to the soul. Jesus may be echoing the words of Psalm 42: “My soul is cast down within me.” Or perhaps he is thinking of a passage from Sirach that expresses the feelings of a person betrayed: “Is it not a sorrow like that for death itself when a dear friend turns into an enemy?”

In his magisterial study “The Death of the Messiah,” the New Testament scholar Raymond Brown suggests that if Jesus had intuited his friends’ coming betrayal and their scattering after his death, it must have weighed on him terribly. Thus not only his arrest, but their coming betrayal, may have caused him intense sorrow. The very thought of this, writes Brown, may have felt as it were enough to kill him.

Overall, the meaning seems to be: my sadness is so intense that it feels as if it may kill me.

The disciples were probably terrified to hear his words, and they may have found themselves “deeply grieved” as well. Imagine what it must have been like for them to see Jesus visibly upset. The calm person upon whom they depended to help them in every situation — a terrifying demoniac, a frightening storm at sea, an immense crowd asking for food, two sisters grieving over their brother’s death — now admits to being “greatly distressed.”

Expressing your feelings honestly in troubled times is not a sign of weakness but of humanity and humility. It is also a way to invite into your life friends and relatives who love you. At the beginning of his public ministry, on the banks of the Jordan River, Jesus chose to stand in line, waiting with the rest of humanity to be baptized — though the sinless one did not need any washing away of sins.

In Gethsemane, still in line, Jesus experiences the full range of human emotions, and he shares them with his friends in a fully human way. For us, expressing sadness and fear allows us to set aside our desire to be in control. It is also an invitation to let others love us.

Jesus feels the need to pray three times in Gethsemane before he reaches a sense of peace. Too often we feel obliged to move immediately into “Yet your will, not mine” before we have lingered with our feelings and expressed them to God. Or we feel guilty for asking for what we want, or what we wish to be relieved of, as if such prayers were merely complaints. But the honest expression of painful emotions is a process that even Jesus went through.

But Jesus does not end his prayer by acknowledging his feelings. He ends by trusting in God, by conforming his will to the Father’s, even in a dark time. The answer to the question of “How can I go on?” is by being in relationship with Abba.

The invitation to surrender, to accept our cup, to acknowledge the inevitability of suffering and to step onto the path of sacrifice, comes in the context of a relationship with God. We trust that God will be with us in all that we do and all that we suffer. We do not simply grit our teeth, clench our fists and push on, alone and unaided. Someone is with us, helping us. To use another image from the Gospels, there is someone else in the boat with us, and pulling on the oars — even if we do not feel it.

But they will understand it completely in three days.