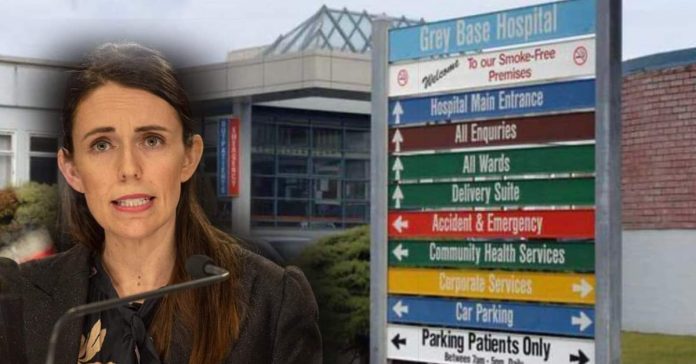 29 March 2019, Aotearoa.  The New Zealand Ministry of Health has confirmed the country’s first death linked to COVID-19 early this morning.

A woman in her seventies has died at Greymouth Hospital in the West Coast of New Zealand’s South Island. She is reported to have been admitted four days ago, “with what was thought to be influenza complicated by an underlying chronic health condition”.

The elderly woman was initially treated with influenza and subsequently confirmed to have had COVID-19. The Ministry of Health confirms that there was a period of time when staff treating the patient, were NOT using suitable protective equipment.

“Once the diagnosis was confirmed staff took a range of measures to protect themselves and other patients, however as a precautionary approach, the DHB has placed 21 staff in self-isolation for the balance of 14 days from their last involvement in the patient’s care.

Family members who had visited the woman in hospital, who do not have symptoms, will also be in monitored self-isolation for the next 14 days.

The family has asked for time to grieve, and have asked for the media to respect their privacy.

Addressing the nation Prime Minister Jacinda Ardern says this is a very sad day but it brings home why New Zealand moved to Alert Level Four.

“Today’s death is a reminder of the fight we have on our hands.”

Ardern again called on New Zealanders to limit their movements.

“Stay at home, break the chain and save lives”.

Ardern added that gloves and surgical masks were worn by staff treating the woman, but “eye goggles were not worn initially”.

The NZ Ministry of Health has given its assurance: “We have sufficient hospital capacity to manage our current and projected cases and we have plans in place to boost capacity – if needed”.

“This latest sad news reinforces the importance of our move to Alert Level Four, and the measures we are all taking to limit spread, break the chain of transmission and prevent deaths”.

“There are 56 individuals that we can confirm have recovered”.

“We have one person in ICU on a ventilator. For privacy reasons we won’t be providing other details on these patients”.

The Ministry of Health says laboratories are working to process and report test results as quickly as possible.

“Taken over a seven-day period, our average daily test number is 1786”.

“Anyone who has been tested is expected to be in strict self-isolation until advised of the result of their test – that means effectively quarantining themselves from other members of their family”.

The Ministry says all of New Zealand’s are linked to overseas travel, as well as links to confirmed cases.

“Along with a number of clusters currently under investigation we are also investigating a cluster of cases, nine to date, in the Waikato town of Matamata”.

“So again, a reminder that we are seeking physical separation not social separation, so be supportive, reach out to people and most importantly be kind”.

As Capital and Coast Intensive Care Specialist Dr Paul Young said today in the media: “If New Zealand pulls together as a community and stays at home.. you will save more lives than I will in my entire career.”