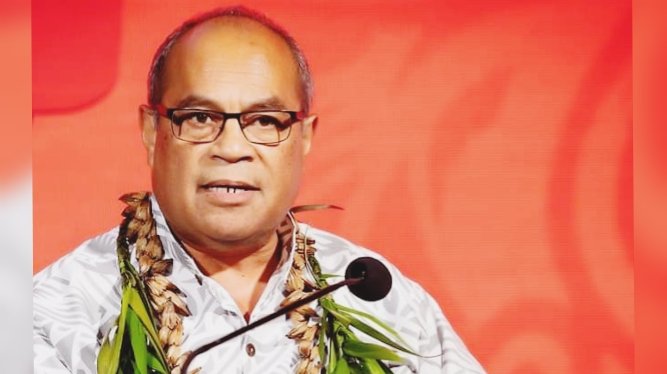 This year marks 12 years since Samoa Language Week has been celebrated in Aotearoa, New Zealand and the Minister reiterated the importance of language to maintaining culture.

“Thank you for the opportunity to launch the celebration of language and culture so close to my heart, and to many others throughout Aotearoa New Zealand,” said Aupito in a pre-recorded message aired on the Ministry’s website and on his social media page.

Aupito said tagata Samoa is one of the fastest growing populations in Aoteroa, New Zealand with a 2018 census reporting the Samoan population represents about 48% of Pacific people in Aotearoa, “making it the largest Pacific population.”

Gagana Samoa is the third most spoken language in Aotearoa following English and Maori, and the second most spoken in Auckland after English.

Aupito said the concern was that the use of the Samoan language in New Zealand was rapidly declining, and yet, with more Samoans living in the diaspora than in the islands of Samoa, the future of the Gagana Samoa strongly depends on how well it is maintained in Aotearoa New Zealand.

“It is something to be mindful of as we celebrate Gagana Samoa and the Samoan culture and values, not only this week, but throughout the year,” said Aupito.

The 2022 theme is, ‘Faaauau le Folauga i le Vaa o Tautai’ translated in English, “To Continue the Voyage with Competent Wayfinders of the Ocean,” announced the Minister.

“The theme reflects the journey of language revitalisation and maintenance, as well as recognising the importance of having the right tools, good leaderships skills, relationship and the correct medium – ‘le tatou sa’ – that is adaptable to voyaging the ocean and its elements,” said Aupito.

The Minister highlighted that the theme also aligned with the over-arching Pacific language week’s theme of sustainability in what is the first year of UNESCO’s international decade of indigenous languages from 2022 to 2032.

“This year is of significance for Samoa, as it commemorates 60th years of Independence, and 60th years of the Treaty of Friendship with New Zealand,” said Aupito. “Planning events to acknowledge this milestone is going to be a key feature of our celebration”.

The Minister encouraged the Samoan community in Aotearoa to get involved by using simple phrases as they go about their day-to-day business throughout the week.

New Zealand’s Samoan language week is always a full-on week of cultural activities, events and Samoan diaspora posting Samoan phrases and alagaupu on social media and this week, the Ministry of Pacific Peoples invite everyone to be part of the special occasion which coincides with the celebration of Samoa’s Independence 60th Anniversary.

“From Sunday 29 May to Saturday 4 June, We invite you to decorate your space, dress in your best Samoan attire and share with your wider community! Take a picture and share to MPP with the hashtag #TUTOATASI60”

Since 2010, the Ministry for Pacific Peoples has been supporting Pacific Language Weeks for Pacific countries with diaspora in New Zealand, aimed at, “promoting and raising awareness of the diversity of our Pacific languages in Aotearoa”.

The programme for the week can be found on the Ministry of Pacific People website, which has a host of selected information and helpful resources that can be used throughout Samoa Language Week.

“While each language is highlighted with a dedicated ‘week’ of activities, each event is actually a yearlong celebration of the languages, with extended activities throughout the year,” the Ministry states.

These activities and language learning initiatives are led by Pacific communities throughout Aotearoa and supported by the Ministry.