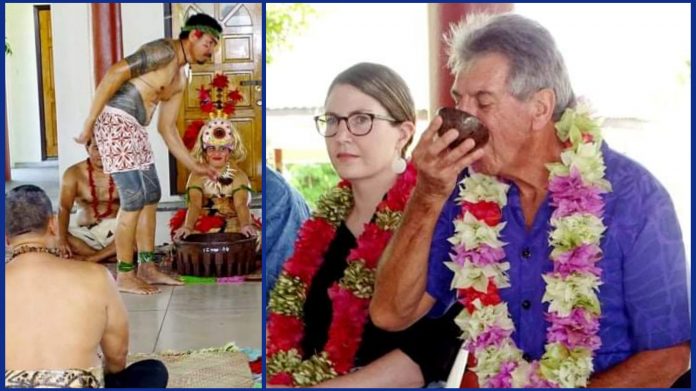 A traditional cava ceremony was held on Monday morning to welcome Misa and the New Zealand delegation who are in Apia to work with the Samoa Office of the Ombudsman on various areas of collaboration and knowledge sharing.

Speaking to Samoa Global News, Misa said he was delighted to be back in Samoa and looked forward to spending time with the Office of the Ombudsman.

“My last trip was in 2000, and that was when I received my matai title in Siufaga Falelatai..” he said.

Misa said the trip to Samoa has been timed for the 60th Independence anniversary celebrations, “but it is also the 60th anniversary of the establishment of the New Zealand Ombudsman’s office.”

A capacity building session on effective investigations has been scheduled for Tuesday 6th September with the team at the Samoa Office of the Ombudsman.

Misa Peter Boshier is the Chief Ombudsman for New Zealand. He was appointed in December 2015, following a distinguished career as a Judge, and in May 2020 was reappointed for a second five-year term.

Born and educated in Gisborne, Peter attended Victoria University of Wellington, obtaining a Bachelor of Laws with Honours Degree in 1975. After a period of practice in Wellington he was appointed as a District Court Judge with a specialist Family Court warrant in 1988.

He has served on the government’s Family Violence Taskforce. He is patron of the White Ribbon Trust and patron of the Dwell Community Housing Trust in Wellington.

In 2009 he was made a distinguished alumnus of the Victoria University of Wellington for his contribution to the law.

Peter has a long association with the Pacific and was seconded to undertake judicial training there, based in Suva in 2002 and 2003. He has travelled regularly to Pacific Island countries to undertake workshops on family violence and youth justice.  He holds the Samoan Matai title of Misa which was bestowed in 2000.

In July 2015, he became the President of the Association of Family and Conciliation Courts based in the United States. He is the first New Zealander to hold this position and did so until July 2016.

In 2019, Peter took up the role of incumbent president of the Australasia and Pacific region of the International Ombudsman Institute (IOI).

In 2022, Peter took up the role of Second Vice President of the International Ombudsman Institute (IOI).

As Chief Ombudsman, Peter’s focus has been on a faster and more effective resolution of Official Information Act and other complaints, working with government agencies to improve their practices and strengthening his team’s investigation and monitoring of prisons and public mental health facilities.