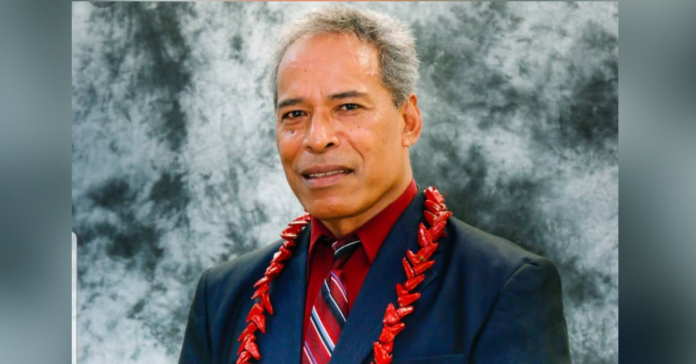 27 June 2019, Apia Samoa.  The Vice Chancellor of the National University of Samoa Prof. Le’apai Tu’ua ‘Ilāoa Fui Lau Asofou So’o has resigned after 10 years of service following a recommendation by the NUS Council.

The Minister of Education Sports and Culture Loau Keneti Sio confirmed in an interview with Samoa Global News that it was the recommendation of the NUS Council for Leapai to resign and this was accepted by Cabinet on Wednesday.

“The Vice Chancellor has accepted the recommendation by Council to resign and this has also been accepted by Cabinet.”

In April this year Cabinet suspended Fui alongside his two Deputy Vice Chancellors Peseta Desmond Lee Hang and Maugaoalii Ufagalilo Mualia pending an outcome of an internal investigation into governance issues and complaints received by the Ministry about the actions of the NUS management team.

Last month Prime Minister Tuilaepa during his weekly programme with the media said the findings of the investigation by the Office of the Ombudsman had been given to the NUS Council for a decision.

The Minister confirmed that the recommendations received thus far from the NUS Council only covered the Vice Chancellor.

With regards to the two Deputy Vice Chancellors Loau says that the Council has yet to make their recommendations.

Loau went on to say that Prof Leapai did not divulge the content of the Council’s response, but only handed in his resignation.

Prof. Le’apai Tu’ua ‘Ilāoa Fui Lau Asofou So’o became the Vice Chancellor of NUS in April 2009 and his resignation comes after 10 years of service in the role.

In 1989, he graduated with a Master of Arts with Honours from Waikato University and in 1997, he completed his Doctor of Philosophy from the Australian National University.