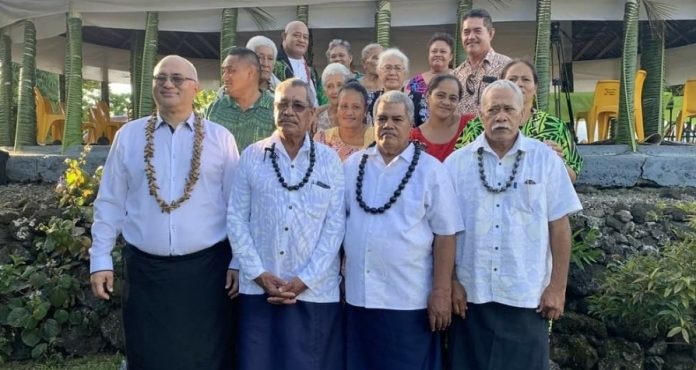 Dr Ekeroma was one of 15 members of his father’s side of the family who had been bestowed with the Aiono title back in 2009, however, challenges followed in the Lands and Titles Court (LTC) that have now finally been resolved.

“I was in New Zealand and was not aware of what it meant,”

Dr Ekeroma said he was told when he arrived back into Samoa in January 2020 that all 15 bestowals were unregistered, which included his relative and head of NEOC, Ulu Bismarck Crawley.

More than 10 years later, the battles before the LTC ended with the Court granting four Aiono titles to their side and four to the opposing side of the family.

A decorated scholar with a PhD from Auckland University and an MBA from the University of Keele in the United Kingdom, Aiono says he is humbled and fortunate that their side of the family decided to include him in their allocated four.

“I guess it’s just like my other qualifications – it was earned, a fee was involved, initial exhilaration and a foreboding feeling that there is much work to do”.

Aiono says the four selected had also all taken part in the 2009 bestowals, and although grateful, he does feel sorry for the other 11.

“The saddest thing for me is that I cannot assist the other 11 who missed out from the 2009 event including my relative Ulu Bismark.”

A respected researcher of Pacific health with extensive experience as a teacher for undergrad and postgraduate medical students, Aiono is also a Specialist in Obstetrics & Gynaecology.

Aiono has served on the Governing Boards of NGOs, business and government committees.