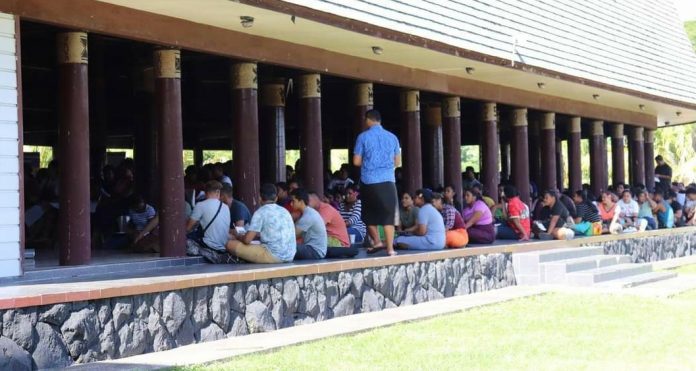 Student Fees for the National University of Samoa were due this past week and a social media post on the NUS facebook page threatens to publicise names of students with overdue fees as a way to get parents and families to come in and pay.

On Friday 28th August a social media post gives possible actions the University could take to ensure the 15% of student fees in arrears are paid.

Earlier in the year the National University had applied a special 5% discount to student fees in light of income losses due to COVID-19 lockdowns.

The public post which has ignited responses from the general public including NUS staff and university alumni reminds students that an extension of 2 weeks had already been applied to the due date.

According to the message, 80% of students have paid their fees in full, while a further 5% have negotiated agreed payment plans.

“That leaves 15% of students who have not paid and whose parents have not been to see Finance”.

The post does refer to the University’s openness to negotiate payment terms with parents if they would just come in to meet with Finance.

However, it then goes on to give options in a multiple choice type question:

“What should we do with them?

a. Security send them home from the gates?

b. Read out their names on NUS Radio/TV so that relatives can assist with payments?

c. Give them until Friday 4th Sept for parents to either pay or see Finance? 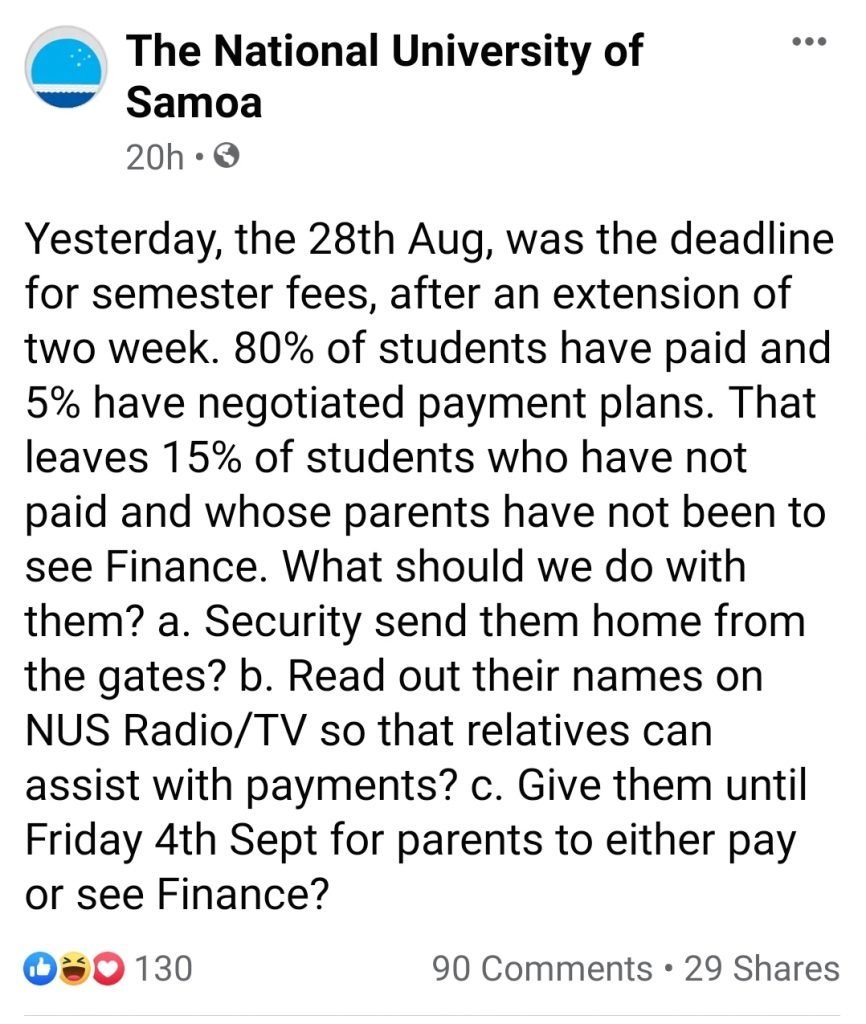 The post has thus far attracted close to 100 comments from members of the public, with many calling out the inappropriateness and unprofessionalism of the approach.

In response to an overwhelming call for leniency towards students, the page administrator then announces that option c) had “won the vote”, and a further extension for student fees in arrears, would be granted. 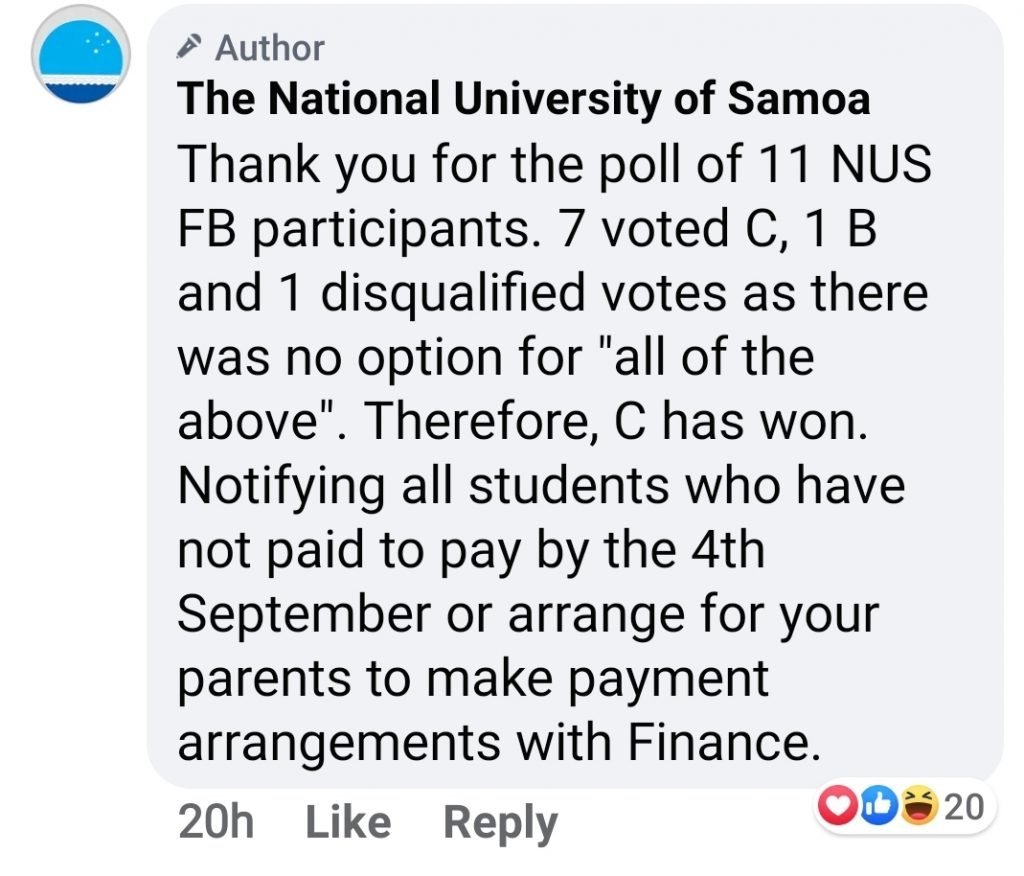 One parent asked for more time and explained they were processing an NPF loan, however, many highlighted the inappropriateness of the approach taken by the NUS.

An alumni and graduate of Victoria University of Wellington calls for an internal discussion instead of online shaming of students. 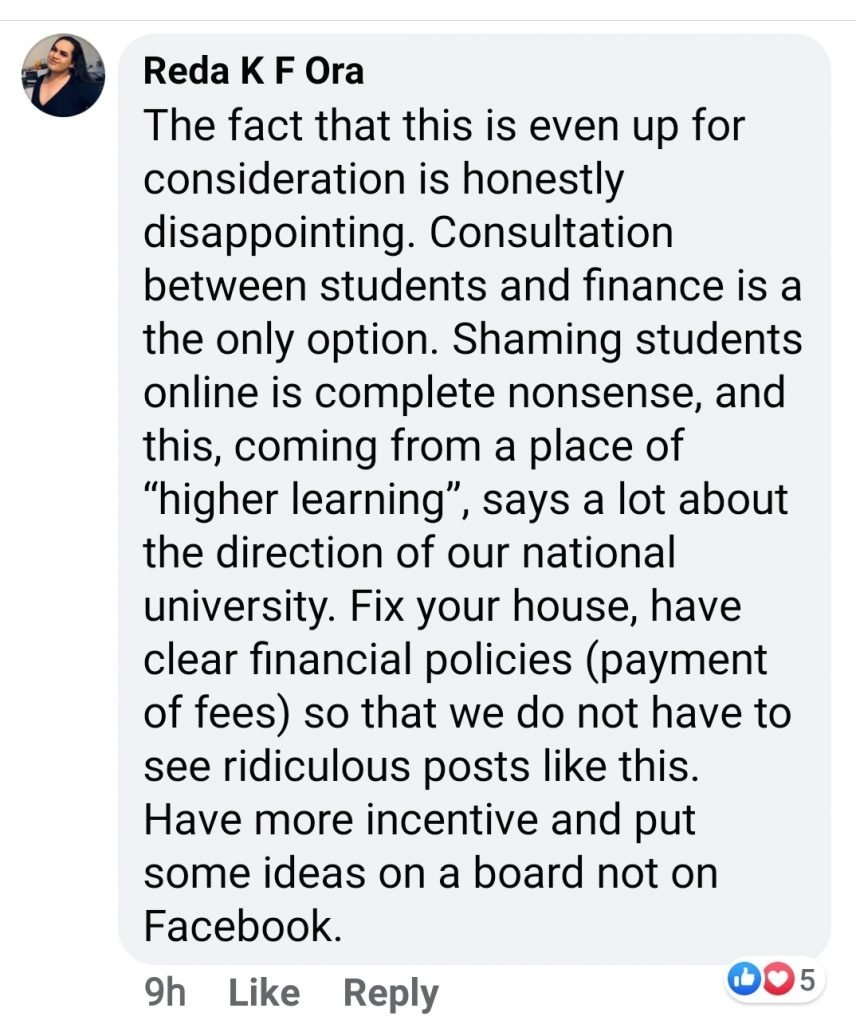 This was echoed by another response claiming to be a member of the NUS staff. 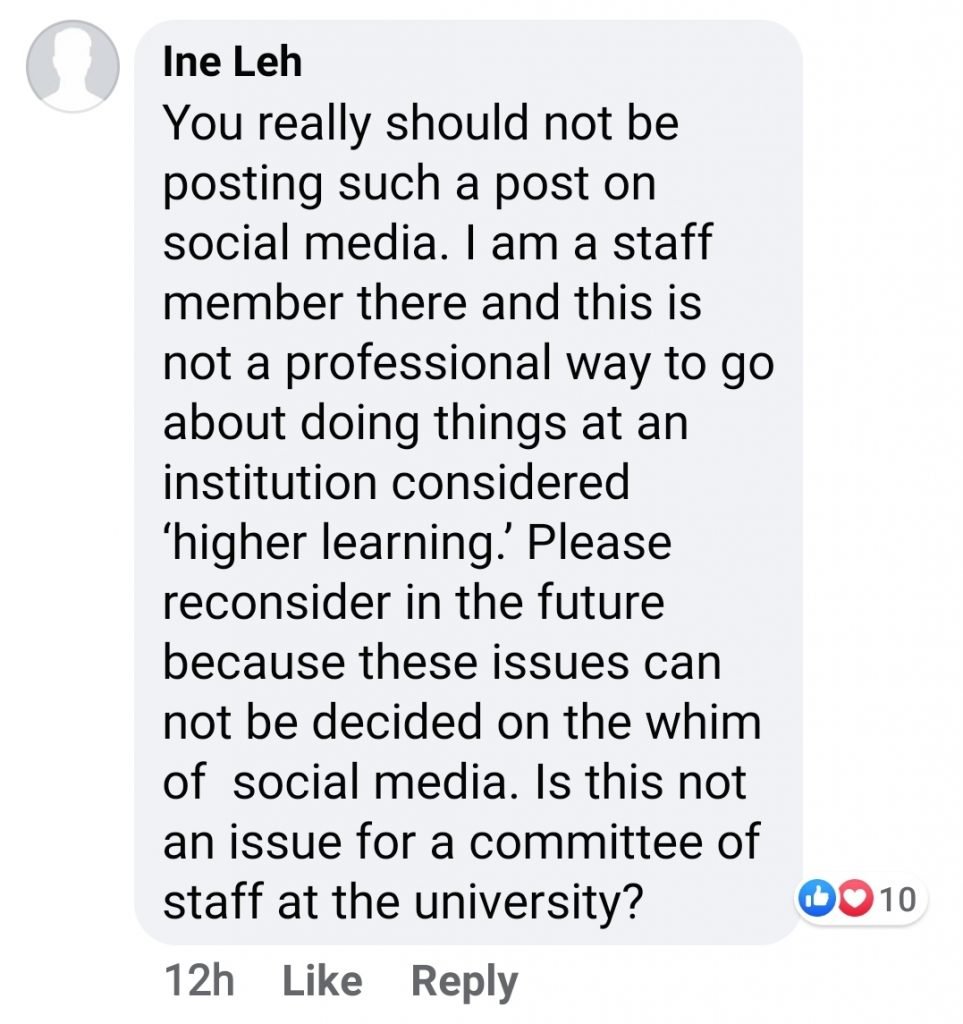 • $22.1 million to support the services of the University;
• $2.6 million for Transactions on Behalf of the State.

The Ministry of Education, Sports and Culture MESC has a budget allocation of $103.4 million tala.

• $72.6 million tala for the Ministry’s planned operations;
• $30.7 million for Transactions on Behalf of State.