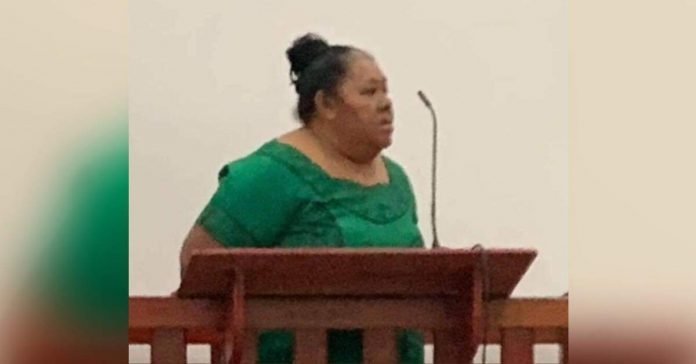 25 February, 2019 Samoa – One of the two nurses charged with manslaughter in connection to the deaths of two toddlers at Safotu District Hospital last year appeared in the Supreme Court this morning to request a change to the conditions of her bail.

One of the bail conditions for Luse Emo Tauvale was to sign in at the Apia police station before 12 noon each Friday. For Tauvale who resides in Savaii, that meant traveling to Upolu each week.

Tauvale and Leutogi Te’o are represented by Lefau Harry Schuster who did not show up in Court today when the matter was called to conisder a bail variation for Ms. Tauvale.

Chief Justice Patu Tiavasue Falefatu Sapolu asked Ms. Tauvale where her lawyer was, but the accused told the Court she did not know.

“Your counsel should be here and put forward your application the proper way,” says Chief Justice Patu.

Ms. Tauvale pleaded to the Court herself, if she could sign-in 6at Fagamalo police station instead of having to travel between Upolu and Savaii every Friday to sign at the Apia Police Station before 12 noon.

The CJ said that the matter had fallen off the court list and they needed to set a hearing date.

“Before you go back, you need to inform your Counsel that your matter will be called again for mention next week Monday because we still have to set a hearing date for this matter.”

Nurses Luse Emo Tauvale and Leutogi Te’o have entered not guilty pleas to the charges of manslaughter, negligence and conspiracy to defeat the course of justice.