Over the weekend the National Rugby League (NRL) successfully re-launched its tournament since Covid-19 cancellations forced the suspension of the 2020 season after Round 2.

The long anticipated return of the NRL had footy fans across the globe excited for weeks and they showed it with record-breaking TV views reported in the first weekend back.

A few changes were made to the schedule to bring the original 26 rounds down to 20, as matches are played in empty grandstands due to COVID-19 restrictions.

On Thursday night the NRL picked up where they left off – playing Round 3 of the tournament with standings the same as they were at the end of Round 2.

The first game back saw a record-breaking 1.3 million people tuning in to watch the Brisbane Broncos go up against the Parramatta Eels.

The Broncos were completely outplayed 34-6, but the match goes down as the most viewed rugby league game since the 2014 NRL final where the South Syndey Rabbitohs defeated the Canterbury Bulldogs.30-6. 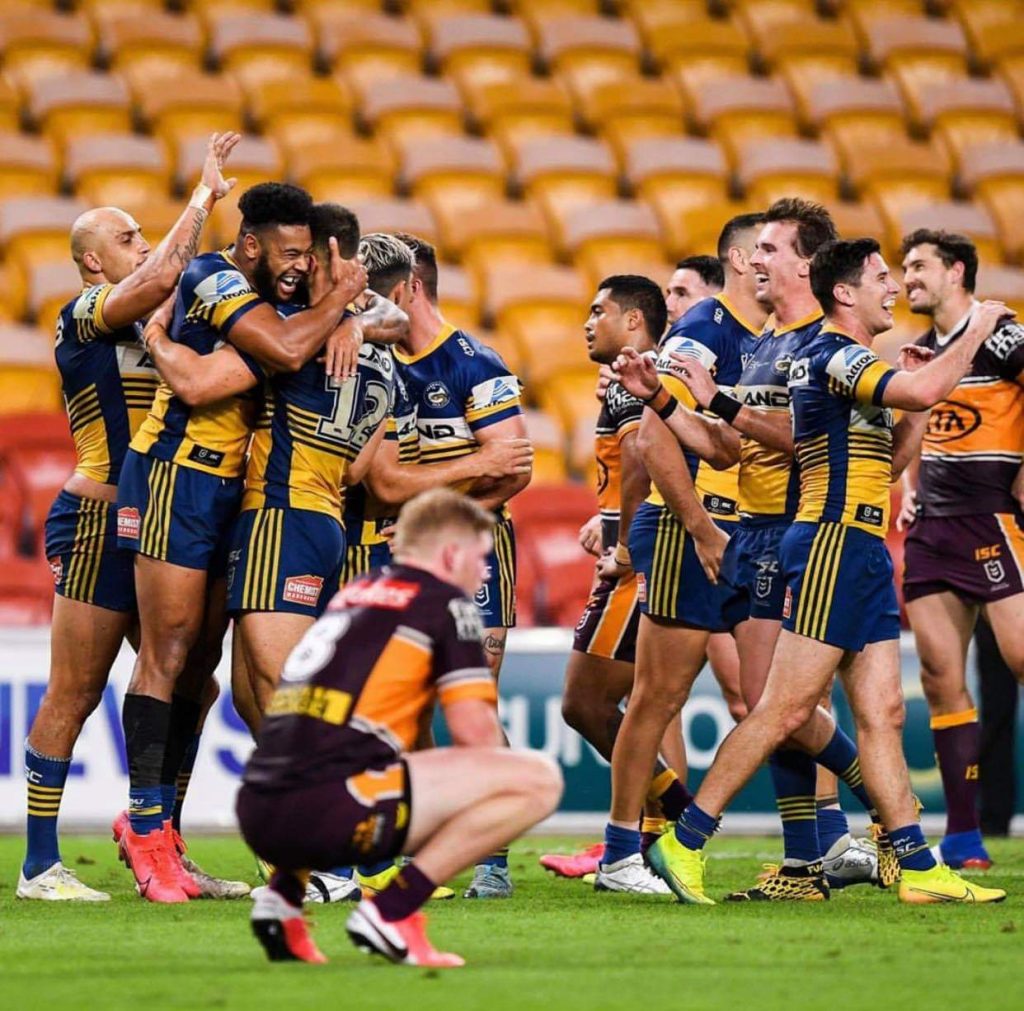 NRL’s Acting CEO Andrew Abdo said that number was 29.5% higher than the corresponding round 3 game in 2019.

“Last night was our highest rating regular season game in six years – that’s an outstanding result for the game and our broadcast partners,” he said.

“We’re delighted the resumption of the competition attracted so much interest and exposure for our partners.”

NRL.com reported that the past weekend of footy ranked 5th in largest TV audience in a regular-season weekend in NRL history.

Nearly 4.5 million viewers tuned in across the weekend to watch the 8 games.

“By Saturday night, broadcasters Fox Sports and Channel 9 had surpassed TV ratings from Round 3 of the 2019 season and by Sunday night 4,490,336 viewers were recorded to have watched the NRL over the weekend.”

All 8 matches during the weekend were played without anyone in attendance due to biosecurity restrictions. To simulate fans in the stands, and avoid the awkward silence during matches, fake crowd noises could be heard on TV, at different times of the game.

Former NSW coach and Channel 9 commentator Phil Gould took to social media to express his delight in the initiative.

“I must say that the crowd noise in the background created by @Channel9 is brilliant. It’s been expertly used during the match. After a while it will just sound like a real crowd. Great atmosphere,” he wrote. 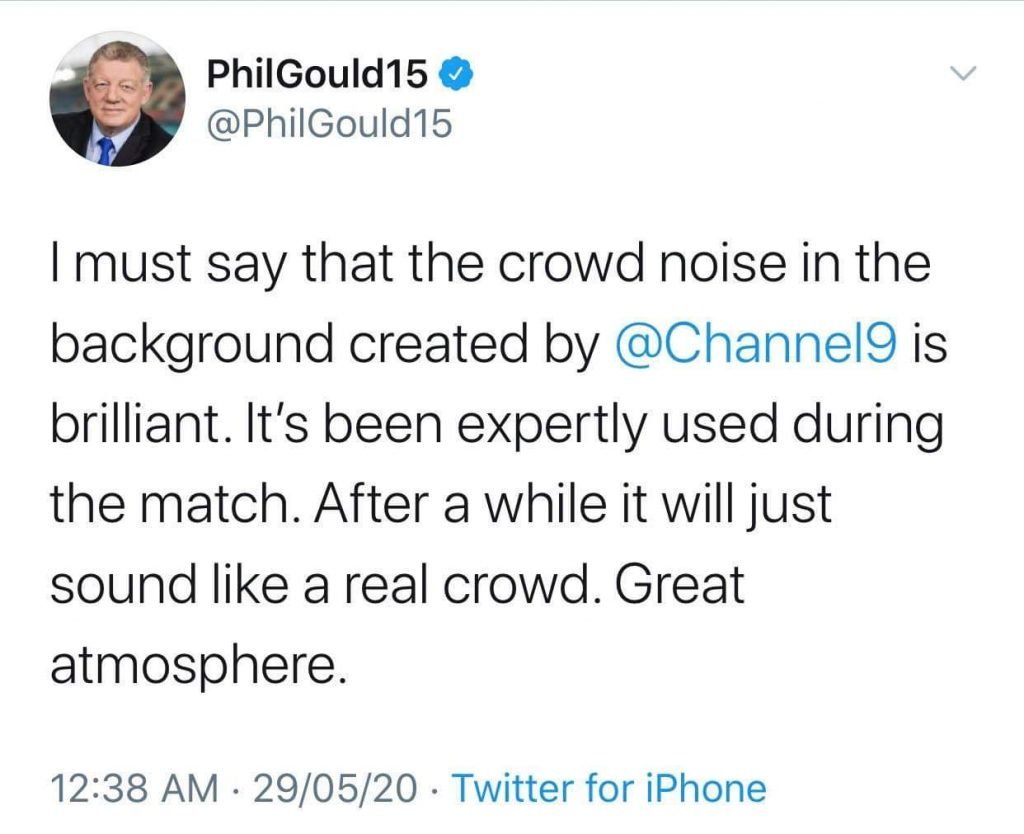 In another innovative plot – TV audience could see several full-sized posters in the grandstands – in a initiative dubbed “Fans in the Stands” where fans can have a picture of themselves placed on seats, for a price. 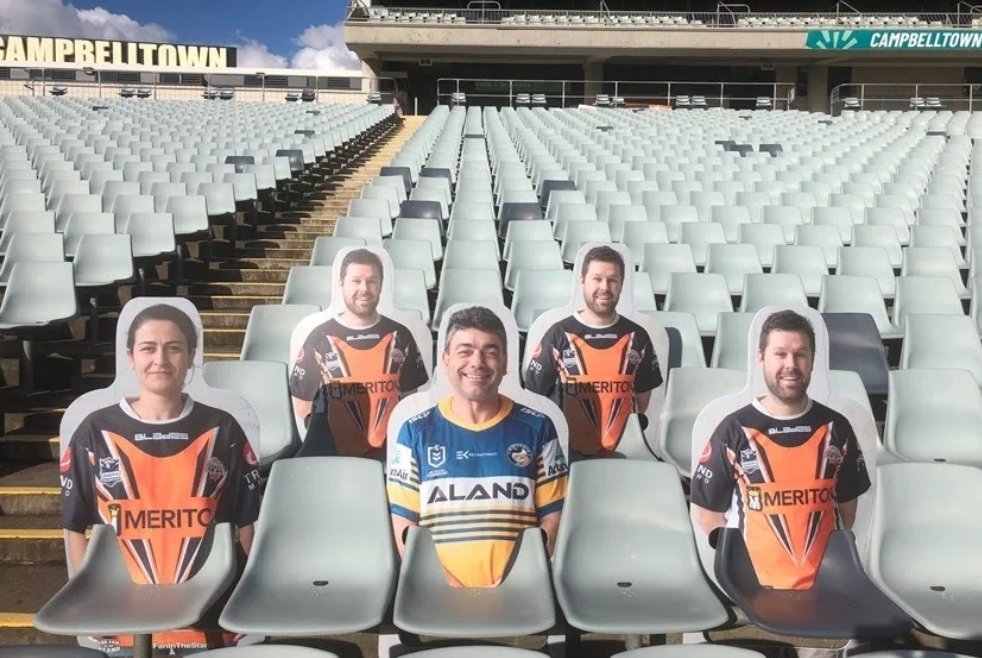 Fans can buy their fan-in-the-stand posters for around AUD$29 inclusive of gst or roughly  ST$60 tala. The purchase is done online which means fans from the Pacific Islands are also able to purchase.

Round 4 lineup of matches: