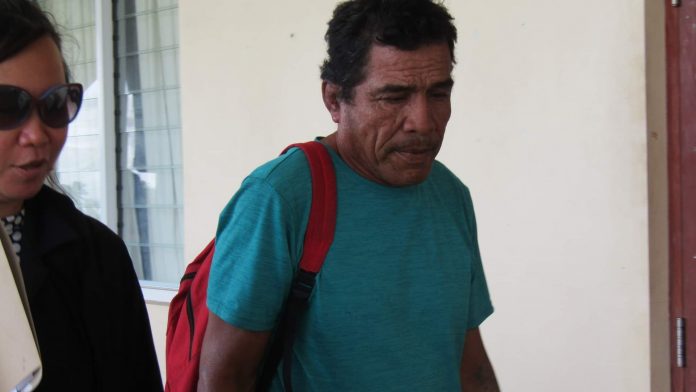 Sione Ta’ateo appeared before Justice  Leiataualesa Daryl Clarke during criminal mentions this week, charged with one count of rape and 2 for Indecent Acts (IA).

Court was stood down when Ta’ateo’s lawyer Mauga Precious Chang did not turn up. When counsel appeared later, she declared conflicts with the case and applied to be removed as Ta’ateo’s lawyer.

Ten years ago in December 2009, Ta’ateo was convicted together with then SNPF driver Tautai Fata in the largest burglary case from a government enterprise in Samoa’s history.

Sione Taateo was sentenced to 3 years in December 2009, while Tautai Fata had received 5 years in Match 2010. The SNPF were unable to claim insurance on the stolen funds and the Samoa Police were reported to have recovered less than a third of the amount stolen.

According to the police summary of facts at the time, Tautai Fata had given Ta’ateo the key to the door of the SNPF pension scheme office, from where the money was removed.

In relation to the rape charges now brought against Taateo, Court has adjourned the matter to later this month, to allow the accused to seek  legal counsel.