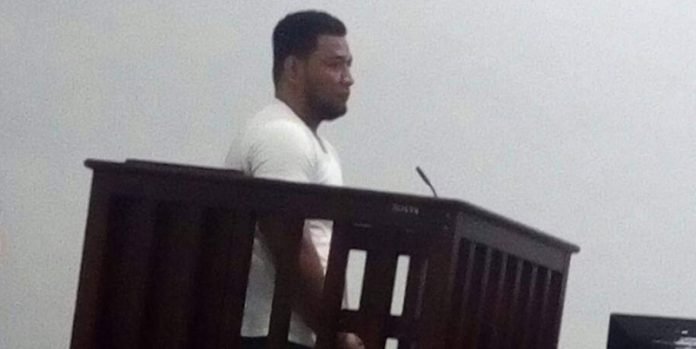 27 October 2020, Apia Samoa. Notorious prisoner Lauititi Tualima appeared in the Supreme Court this week facing charges relating to an aggravated robbery on a Chinese businessman at Vaitele in April 2016 during one of his prison breaks.

Laititi Tualima and Filipo Pesamino have both pleaded guilty to four charges of robbery, theft, grievous bodily harm and aggravated robbery for the incident that took place while they were prison escapees.

Lauititi Tualima had negatively impacted Samoa’s tourism industry when he raped an Australian tourist in September 2015.

By the time Justice Lesatele Rapi Vaai sentenced him to 18 years for rape in 2016, the then 23 year old was already serving time for 20 previous convictions, due to end in 2027. His 18 year sentence for rape does not start until after 2027.

Lauitiiti did not accept the charge of attempted murder and pleaded not guilty through his defense counsel Leiataualesa Komisi Koria.

A warrant of arrest was issued for Filipo Pesamino who failed to appear in Court.

Justice Vui Clarence Nelson will deliver his sentence in November.