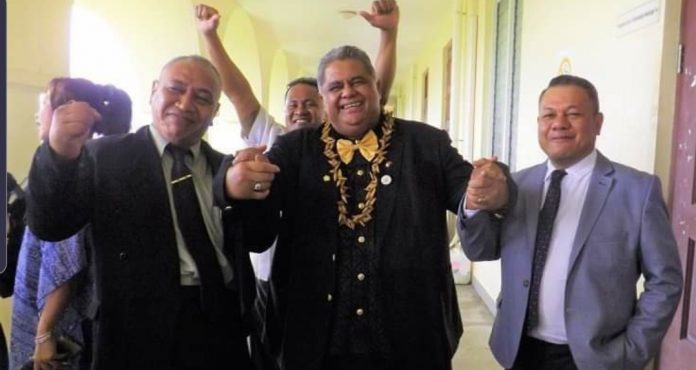 More than 100 charges of forgery, theft, and obtaining by deception against former Minister of Agriculture and Speaker of the House
Laaulialemalietoa Leuatea Schmidt and others were dismissed by the Supreme Court of Samoa.

Laauli’s wife Heather Schmidt and business associates Tuitui and Martin Schwalger were also found not guilty of all charges against them.

Business associate Apulu Faumuina Lance Polu, however, was found guilty of one charge of forgery. This was the only charge out of more than 200 that had been proven beyond reasonable doubt according to the Courts.

Laauli maintained his innocence throughout the ordeal that originated from a dispute with business partner Peseta Vaifou Tevaga, who is the Associate Minister to the Samoa Prime Minister. Laauli resigned from his Ministerial post when the charges were laid against him in August of 2017.

The long serving member of the Human Rights Protection Party (HRPP) announced his resignation from the ruling party on Independence Day this year, saying the move was at the request of his electoral constituency of Gagaifomauga No3, a district from the north of Savaii which includes Aopo and Sasina, and the villages of Fagaee and Letui.

Now an Independent Member of Parliament, Laaulialemalietoa says plans for a new party are underway.