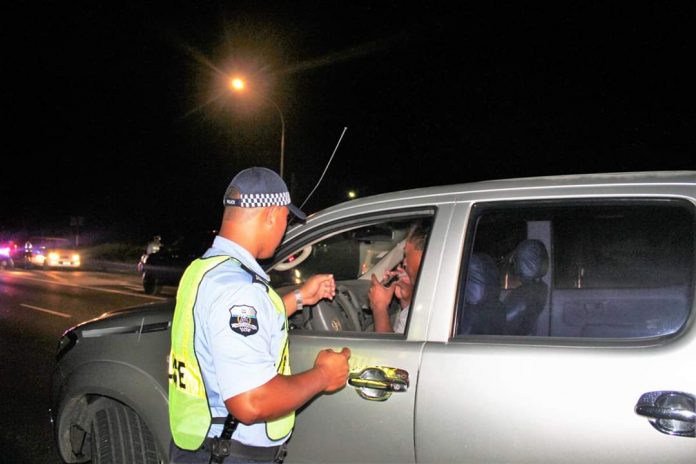 Samoa Police Services responded to a record 873 incidents – 16% more than incidents for the same period last year.  Of those incidents, our police had made 141 arrests – which is a reported 34% more than last year.

The Courts, due to open for business on Monday 14 January, will be faced with an influx of cases from the record number of arrests made by Samoa Police this year.

Police road blocks were seen not only at night time after nightclubs closed but also across the country during the popular family picnic days. The fact that Samoa recorded no fatalities as a result of traffic incidents during the festive season is an indicator of the success of police blocks this recent holiday season.