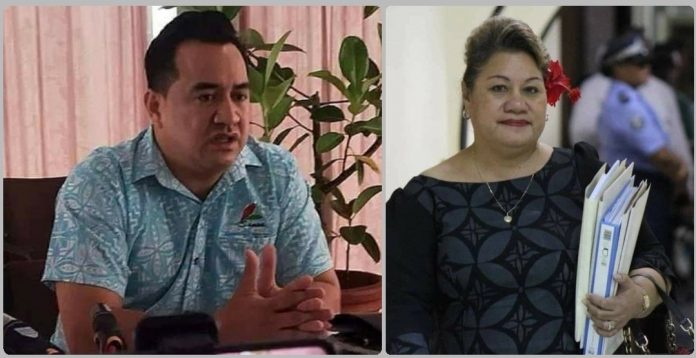 6:30pm Thursday 26 August 2021.  The Minister of Finance Mulipola Anarosa Ale Molioo has gone silent on the fate of Samoa’s Chief Financial Advisor after an HRPP public post claims that the CEO has been terminated.

The message posted on all official social media pages of the Human Rights Protection Party claims that: “Leasiosiofaasisina Galumalemana Oscar Malielegaoi has just been TERMINATED by Fast without proper grounds”. 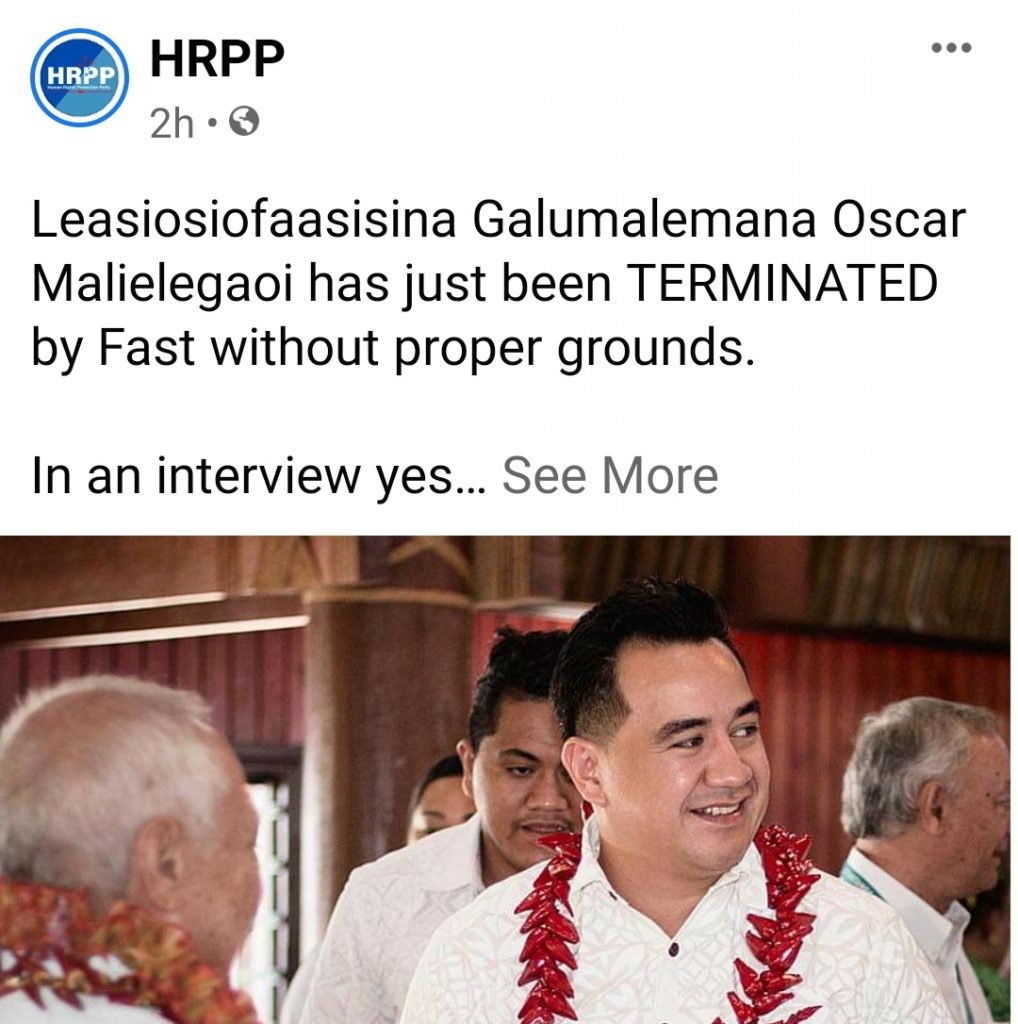 The post was shared over 420 times within two hours, and has stirred up mixed emotions between supporters of Samoa’s rival political parties; the HRPP who were in power for 40 years, and the incoming Faatuatua i Le Atua Samoa ua Tasi (FAST).

Contacted by telephone at about 6pm today, Leasiosiofaasisina Oscar Malielegaoi said he was unaware of the HRPP post, as he was not on social media. He added that he could not comment because he was just leaving the office, but would be able to do so tomorrow.

Lesiosiofaasisina’s secretary told Samoa Global News that the CEO went about his normal day today, attending all scheduled meetings. She said she, too, has been contacted by many people since the rumours had circulated, but had not yet seen anything official.

The Minister of Finance has not responded to messages and phone calls regarding the claims by HRPP, now causing confusion and turbulence amongst Samoans as evident on social media. The Minister has ‘seen’ messages from SGN and has not denied the rumours.

Mulipola Anarosa Molioo had last week spoken out to say she did not have complete confidence in Samoa’s chief financial advisor and Head of the Finance Ministry because his father is the leader of the opposition.

“The CEO is preparing the budget and his father is the leader of the opposition who will be challenging the budget,” said Mulipola.

The HRPP leader Tuilaepa Dr Sailele Malielegaoi then also issued a warning that the government could be faced with a law suit if they removed the Head of Finance without proper cause. He said if the CEO is not cooperating with the Minister, they should sack him.. “But they better have strong reasons for doing it because they may find themselves lumbered with a lawsuit”, pre-warned Tuilaepa in a press statement issued Saturday 21 August 2021.

Leasiosiofaasisina Oscar Malielegaoi was appointed by Cabinet in late 2018 to the role of Chief Executive Officer for the Ministry of Fiance. At the time of his appointment, he had worked over 16 years in the finance sector, over 10 of those years with the Ministry of Finance. Leasiosiofaasisina had also served abroad as a Director’s Advisor to the Asian Development Bank.