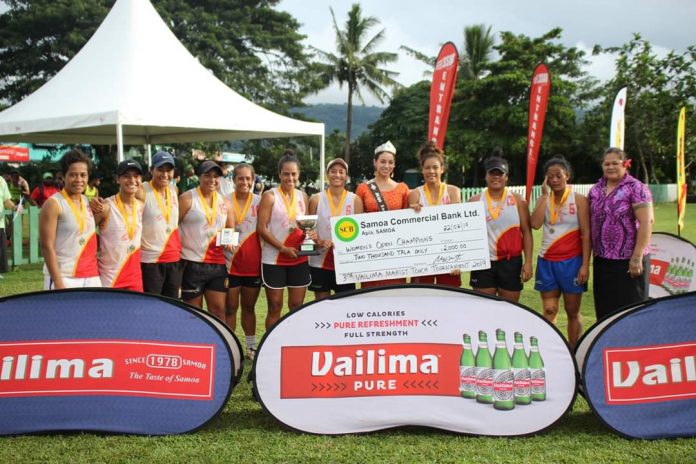 22 March 2019, Apia Samoa. No Idea are the champions of this years Vailima Marist Touch Tournament for the womens division.

Captained by Samoa Touch veteran Filoi Eneliko, No Idea beat Vailima Marist Legends 5-1 in the finals to take the prize money of $2,000 tala.

Eneliko who is representimg Samoa on the upcoming Touch World Cup in Malaysia also took out the MVP for the women’s tournament having led her team to victory in all 5 matches including the finals.

“It’s been a great tournament and I take my hat off to the Marist St Joseph’s Sports Club organising committee;

“There is a true sense of promoting gender equality at this club and it will benefit women in sports.”

The annual tournament, now in its 3rd year continues tomorrow at the ACP Stadium at Lotopa with the men’s division finals.