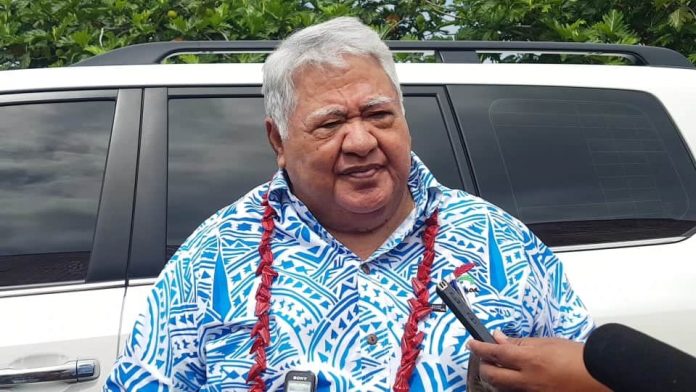 29 July 2020, Apia Samoa. Prime Minister Tuilaepa Sailele Malielegaoi has confirmed that HRPP would not be fielding a candidate to run against Laaulialemalietoa in the upcoming by-election for Gagaifomauga No3.

With the 2021 general elections only 9 months away, the Office of the Electoral Commissioner (OEC) are preparing for a by-election following the resignation of former Minister of Agriculture, also former Speaker of the House Laaulialemalietoa Leuatea Polataivao Schmidt. Laauli has confirmed that he would return to run in the by-election, under the banner of a newly formed political party.

Outside the HRPP headquarters in Mulinuu earlier this week, Tuilaepa told the media that there were no hard feelings towards Laauli, and the HRPP party would be supporting the process of by-elections, to see where the decision of the constituency lies. 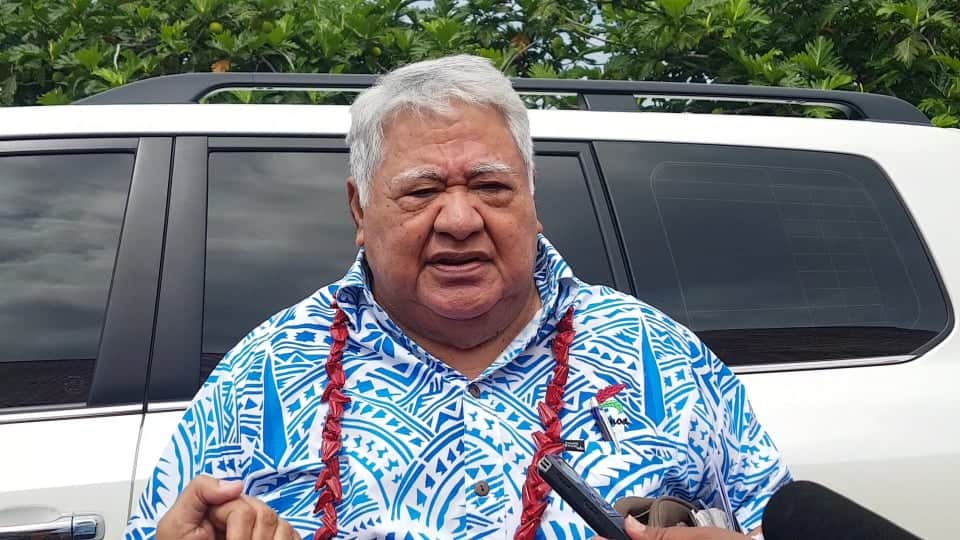 Tuilaepa added that HRPP already has a Member of Parliament in the Gagaifomauga No3 constituency – referring to Hon Faaulusau Rosa Duffy Stowers, who became Samoa’s historical 50th Member of Parliament under the temporary measure to ensure a minimum 10% of seats are held by women.

The Prime Minster said Faaulusau, who is one of only 5 women in Samoa’s Parliament, is a loyal member of the HRPP.

Asked about the need for a by-election so close to the general elections, the Prime Minister said that what is important to him and the HRPP party, is the law that once an MP changes parties, then the decision goes back to the constituency.

The Electoral Commissioner says the Office is working towards finalising the electoral roll which closes this Friday.