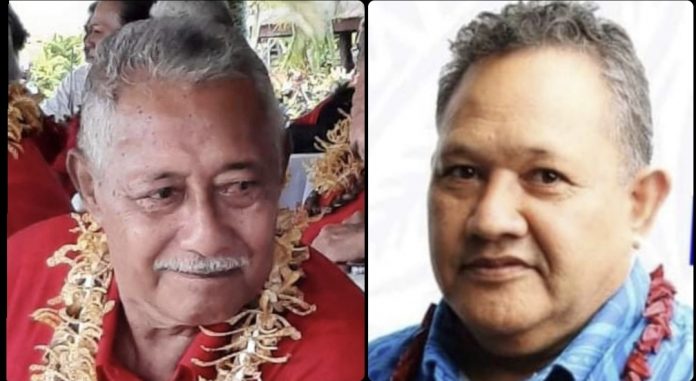 As questions about Court petitions continue to loom following Samoa’s recent by-elections, the Sagaga 4 constituency can move forward with certainty about their parliamentary seat.

“Out of love and respeft for my constituency, I do not intend to file a petition,” Tuisa told Samoa Global News. “I respect the voters who have spoken through the polls, and I do not want to take our constituency through another round of court cases”.

A lawyer by profession, Tuisa Tasi Patea said he wishes Tagaloatele well as he represents their constituency as a Member of Parliament for the remainder of this term.

Both candidates competed in the April general election. Tuisa had secured the seat with 851 votes to Tagaloatele’s 579 – a difference of 272 votes.

Back in April, four candidates ran for the Sagaga 4 seat. Two HRPP totalled 1,330 votes and two FAST totalled 984 votes.The result of the November by-election almost eight months later sees a switch in voter party preference with Tagaloatele polling over 400 votes ahead of Tuisa.

Tuisa did express his disappointment that Tagaloatele had insisted on a Court petition following the April general election.

Tuisa says politics aside, Tagaloatele is a brother in the constituency and he hopes that in future, Court cases will not be an inevitable step after voters take to the polls. “E taaalo foi lava, ae o uso..”

Contacted for a comment Tagaloatele Poloa expressed his sincere gratitude to Tuisa for the decision to end the round of petitions here. He thanked Tuisa for the honorable stance taken and for the blessings, allowing him to represent the constituency without further delays.