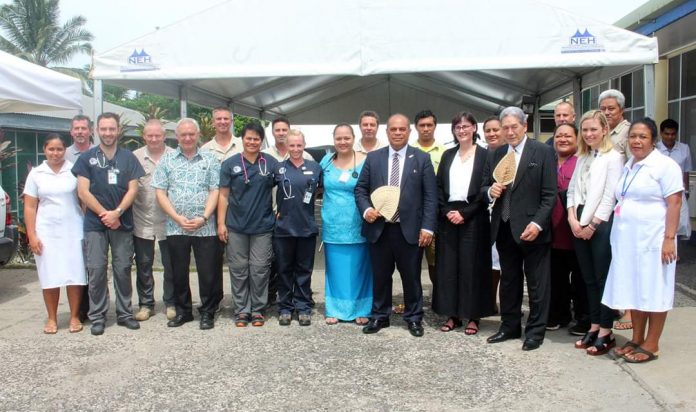 The announcement was made during Vaovasamaia’s visit to Samoa with Minister of Pacific Peoples, Hon Aupito William Sio where they visited Leulumoega District Hospital.

“Samoa’s health system has experienced massive strain in the wake of the measles epidemic. The volume of patients needing care during this outbreak, and the number of very complex cases, has been unprecedented for Samoa,” Mr Peters said.

“New Zealand is committed to supporting Samoa through this crisis. Samoa’s health system and workers are facing exhaustion and while there are positive signs we may be beyond the peak of the epidemic, there is still a way to go yet.