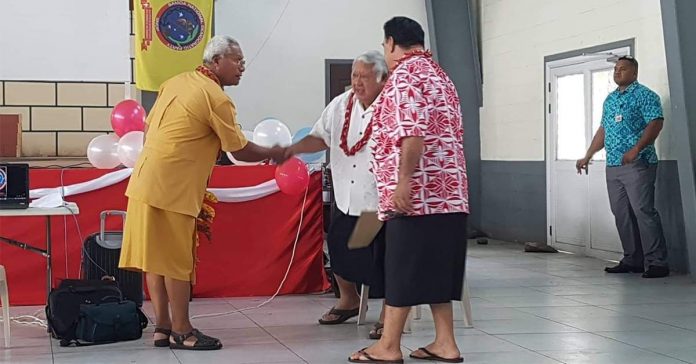 Party member Vui Masina said the new party has over 20 registered candidates but did not name them.

“This is not a day of naming candidates. It is a day of thanksgiving to give thanks to God for making this all possible”, said Vui Masina.

Vui told the media in an interview that from living overseas for over 30 years, and coming to Samoa to participate and support candidates of elections since 1982, he has observed the need for a strong opposition party.

He said he will never forget the forefathers that have passed on and their passion for elections, adding that his village had wanted him to run in 1996 but he did not feel that was the right time.

He said that firstly it was crucial for a strong political party to stand up and be an opposition to the government and secondly it was good to give the people an option for another party to lead the government  of Samoa.

The Samoa Prime Minister attended the launch and spoke to congratulate the new party. He said this party may produce leaders of the future in Samoa.

The Prime Minister acknowledged that running political parties had its struggles and handed over a  monetary gift of $2000 tala from HRPP to the SNDP Toefuataiina.

“Hence that is how we get the name, of SNDP Toefuataiina (Revived)”.

The leaders of the new party say that the issue of leasing customary lands will be high on their agenda, and part of the key reasons they have formed a new political party.

Other members of HRPP present were Minsiter of Communication and Information Technology Afamasaga Rico Tupai and Namulauulu Sami Leota.