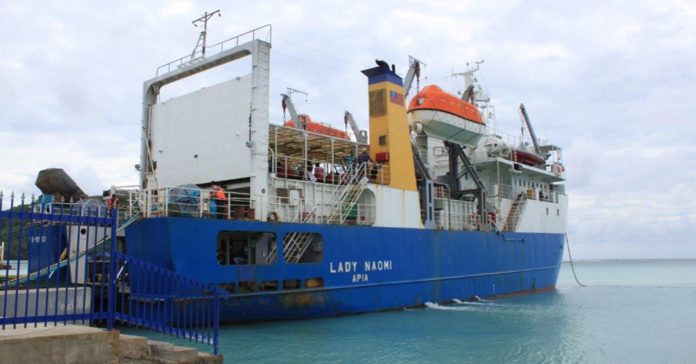 Papaliitele Unasa confirmed that the Government of Japan is providing a grant of US$23 million dollars for a replacement ferry to service the inter-Samoa link with American Samoa.

Aside from the Lady Naomi, the Samoa Shipping Corporation is also looking at a bigger and faster ferry to service the inter-island domestic route between Mulifanua and Salelologa.

That vessel should be operational in time for the 2021 General Elections to cater for voters heading to the Big Island of Savai’i to cast their ballots, says the Minister.

The target is to facilitate the Government’s Electoral Act law reforms which outlawed the Special Voting Booths in Apia, making it compulsory for voters to cast their ballots in their respective Electoral Constituency.

And for the Asau Harbour, the Samoa Port Authority will be conducting a survey on how best to deepen the harbour which will open up access for larger vessels.

Papaliitele also reassured the House that after inspecting the Manono-Tai inter island wharf, measures are being taken to address the deteriorating wharf because it’s a threat to the travelling public.