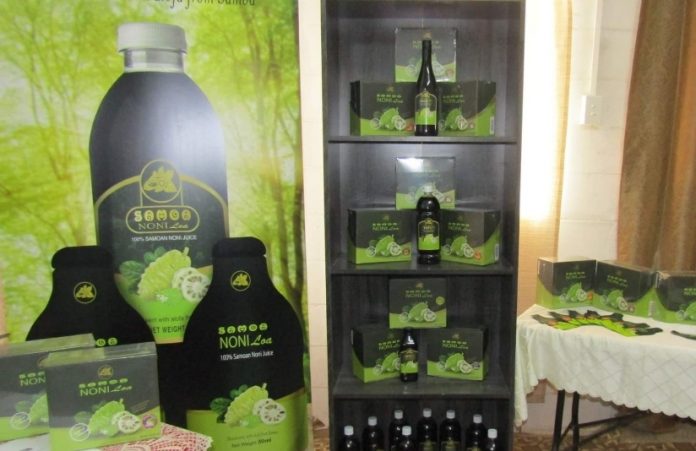 One of Samoa’s most established and long serving local manufaturers celebrated the achievement of yet another milestone with the development of a new range of flavoured nonu juice launched into the market as “Samoa Noni Loa”.

Made in Samoa with locally grown organic products, the nonu juice is locally produced and bottled at the Wilex Samoa factory in Lelata near Apia. 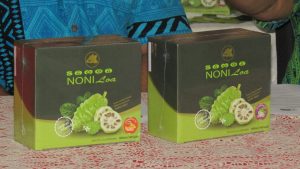 The development of Samoa Noni Loa as a bottled nonu juice for export will benefit the 5,000 local farmers – mostly women and youth, who supply Wilex Samoa with nonu.

Tagaloa said this great achievement is the combined effort of his company working in partnership with farmers and suppliers, adding that most of the nonu growers working with Wilex are women and youth.

“’I know we have had a very devastating two months for our country. Wilex is supporting in its own little way by developing the farmers in the nonu industry”.

“85% of the people that Wilex work with are farmers which are predominately women and youth,” said Tagaloa.

Wilex Samoa has been exporting nonu juice since 1996, and the launch of Noni Loa has followed extensive experiments to develop a product that is not only unique to Samoa but also meets market demands.

“We feel that Samoa is being blessed by the nonu plant because it fruits all throughout the year, it grows all over the country and with minimal maintenance,” explained Tagaloa.

Also the President of Samoa’s Association of Manufacturers and Exporters (SAME) Tagaloa stated that qualified experts in the winery industry assisted in the formulating and production of the Samoa Noni Loa.

Nonu juice is usually produced as pure Noni Juice but now it has been produced in many tropical fruit flavors such pineapple, mango, soursop, and honey.

“Wilex is continuing to experiment with other fruits such as the misiluki banana, as we believe the more products we can use to produce the Samoa Noni Loa, the more opportunities and choices our local farmers have to supply Wilex, and this will be a great benefit for our local farmers” said Tagaloa.

Mr. Tagaloa Eddie Wilson also highlighted the difficulties with the overseas markets with increased competition and non-trade barriers such as new requirements placed on bottled juice.

Tagaloa says nonu juice has been scientifically approved for fighting non-communable diseases such as diabetes and high blood pressure and is an energy booster is it great for the development of the immune system.

“The more markets we can secure for Samoa Noni Loa, the more our local farmers and suppliers stand to gain financially. This will greatly help the development of families in Samoa”. 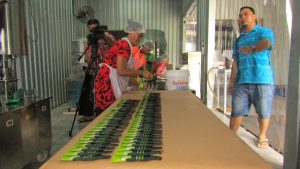