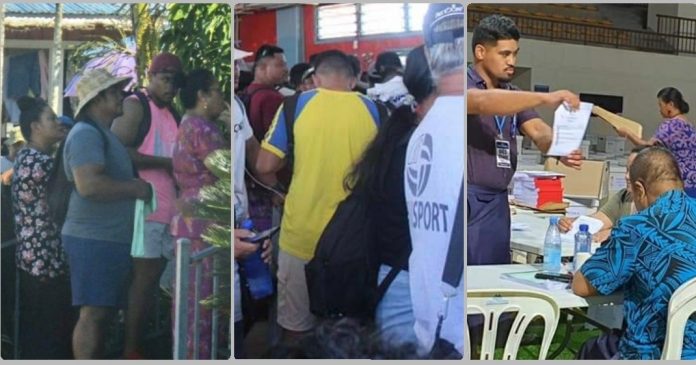 There are possible changes to the Electoral Act to be considered when Parliament convenes next week on the 14th of September.

Prime Minister Fiame Naomi Mata’afa on Wednesday confirmed that Parliament would consider changes to the Electoral Act prior to the upcoming by-elections to cater for the needs and convenience of voters.

One such change is the re-establishment of special booths for voters in particular those living in Upolu for school and work, but are still registered in their Savaii constituencies.

Special booths were done away with for the first time at the 2021 general election, and voters were made to travel to their constituencies to cast their votes. This caused problems for voters in Upolu faced with the cost of travel to Savaii as well as those living in urban Apia.

“We have seen some difficulties during the April 9 general election in terms of voters inconvenienced by having to travel to Savaii to cast their votes,” Fiame said.

“The special booths will also assist with voters living in town, saving them from going to their respective constituencies in the rural areas to vote,” she added.

Another change that Cabinet is considering is having a one day only for pre-polling instead of four as was seen at the April 9 general election.

Fiame stated that those four days wasted money and if there’s a need for pre-polling to cater for the elderly and people with disabilities, then it could be done in one day.

There are 7 expected by-elections for Samoa.

Sagaga 4:  HRPPs Tuisa Tuimasealii Tasi Patea did win this seat but intends to return to by-elections, however may not run if the withdrawal of the FAST case against him is reported to Parliament by the Courts.

Falealupo: Leota Aeau Tima Leavai won the general election but has resigned from her seat following a petition from the FAST candidate against her.

Aana Alofi 2: Aiono Afaese Tolafoa lost his seat through a court petition against him by a FAST candidate.