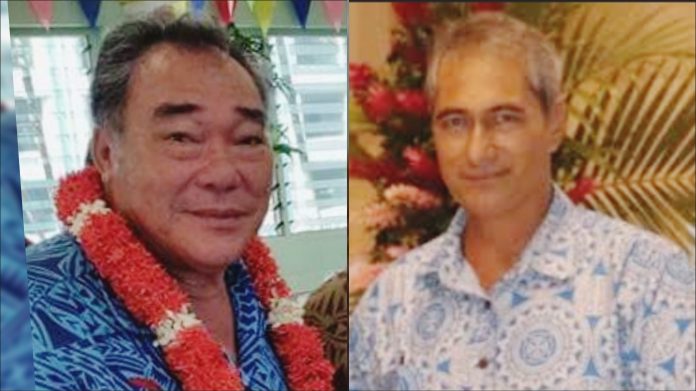 Engineering Consultant and Samoan Olympian Muaausa Joseph Walter as also been appointed to the Tribunal.

The Prime Minister laid out the history of the Remuneration Tribunal, established by Act of Parliament in 2003. The RT is tasked to advise the Government and report to Cabinet on issues concerning public sector salaries and wages including areas such as COLA adjustments.

For over 20 years, the Remuneration Tribunal was Chaired by the late Mulitalo Esekia Solofa, who sadly passed away in July this year.

The appointment of Tuala replaces Mulitalo while Muaausa replaces Afamasaga Toleafoa, who has recently resigned.

Tuala Falani Chan Tung served as Samoan Ambassador to Belgium and the European Union from 2005 to 2012.

Prior to his overaeas post Tuala headed the Department of Economic Development which later became the Ministry of Trade, Commerce and Industry. He was retained as a Trade Consultant with the Ministry of Foreign Affairs and Trade prior to representing Samoa in Europe.

Tuala currently serves on the board of the Central Bank of Samoa.

Muaausa Joseph Walter holds a Masters degree in Engineering and has advised on several projects since he left the Electric Power Corporation where he had served as its Chief Executive Officer.

Muaausa had worked for EPC from 1998 – 2003 as an Assistant GM and then served as CEO from 2003 – 2011. He has worked for the International Institute for Energy Conservation as a consultant.

He serves on the Council of the National University of Samoa and Chairs the board of the Samoa Fire & Emergency Services Authority.

Mua’ausa is also a Samoan representative archer and is President of the Archery Federation. He was the first Samoan to compete in archery at the Olympic Games, and has also represented Samoa at the Commonwealth Games and is a  Pacific Games gold medalist.

Tuiloma currently Chairs the Samoa Business Hub and serves on the Board of the Samoa Rugby Union. She has represented the Chamber of Commerce on the boards of SQA, Samoa Housing Corporation, the Central Bank of Samoa and the NUS Council.

In announcing the new posts, the Prime Minister acknowledged the many years of service by the late Mulitalo Esekia Solofa as Chairman of the Remuneration Tribunal since its inception in 2003.

Hon Fiame also acknowledged and thanked Afamasaga Toleafoa who resigns after serving for 20 years on the RT.