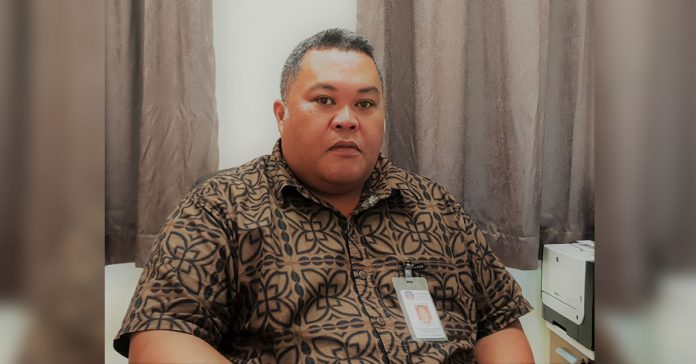 He brings 26 years of experience in the aviation industry including 12 years in management level posts with the SAA.

Prior to his appointment and from 2012, Silimanai was SAA’s Assistant General Manager for Operations and Aerodromes where he was tasked, amongst other duties and responsibilities, as the Aerodromes Specialist to complete project funding papers for the:

To date, he is the SAA representative on the ‘Terminal Upgrade’ projects, to complete these vital projects for the enhancement of airport operations.

His initial training was conducted at the Singapore Aviation Academy and the Civil Aviation Authority of Fiji Air Traffic Training College.

He obtained his initial ratings as a Traffic Controller (Aerodrome and Approach Control) in July 1996 with the SAA through the New Zealand Civil Aviation Authority testing regime. In March 2000, he moved to Fiji on contract with Strategic Air Services Limited at their Nausori Airport Facility before he was transferred in 2004 to Nadi where he obtained further training and qualified as an Area/Oceanic Controller.

A total of 12 applications were received for the General Manager post with Silimanai shortlisted alongside three other candidates.

Samoan born, the 45-year old Silimanai completed his primary, secondary and tertiary education in Suva, Fiji and is a graduate of the University of the South Pacific Foundation Program.

“I am deeply humbled for the trust placed on me by the Government and SAA Board and Management. I look forward to continue the work by my predecessor to further improve the future of Samoa’s civil aviation industry,” said Silimanai.