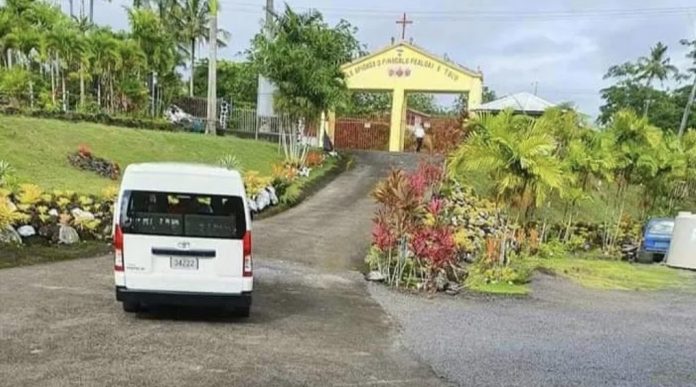 On Saturday afternoon, 29 January, the Disaster Finance Team from the Ministry of Finance reported to the National Emergency Operations Centre (NEOC) the sighting of a vehicle assigned to the Three Hearts Shrine quarantine site at the SCB ATM location close to the Fugalei Market.

Consequently, NEOC contacted the driver of the said vehicle to verify the movements of the vehicle that afternoon, in particular between 2.30pm to 3.45pm. It was confirmed by the driver that prior to leaving the quarantine site at 2.30pm to refill the vehicle at the Government petrol station at Lepea, a quarantine nurse who had asked to be taken to an ATM joined his vehicle. The driver confirms stopping at the Fugalei SCB ATM for less than five minutes on return from the petrol station before proceeding to the MOH to pick up deliveries for the quarantine site, and then returning to the Three Hearts Shrine.

Both the driver and the nurse confirm that every precaution was taken to minimise their exposure to the general public, especially at the ATM site. The driver also remained in the vehicle for the duration of their travels. In addition, both workers were fully decontaminated prior to their leaving the quarantine site.

The matter is currently under Police investigation and personnel involved are grounded at the quarantine site for the remainder of the quarantine period.