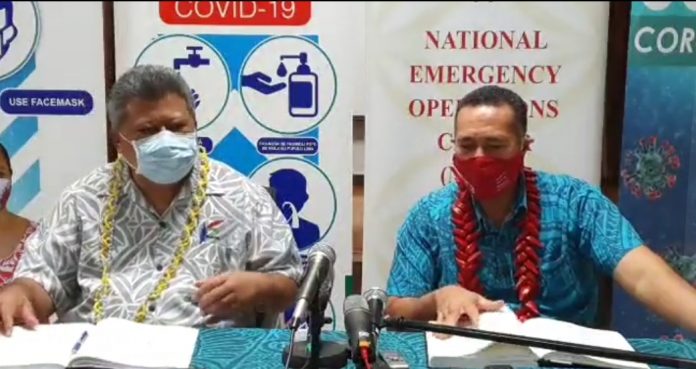 All passengers from the February 12th repatriation flight have now been in quarantine for 18 days and Samoa’s National Emergency Operations team are taking a highly precautionary approach in deciding when they can be released into the community.

The flight from Los Angeles which had a 20-hour overlay in Auckland, brought home Samoa’s first official case of Covid-19.

Samoa’s tightly followed protocols required stringent pre-departure testing, as well as testing of all passengers upon arrival. The 16 year old boy was discovered positive at Faleolo airport, and has since been in a special isolation unit of the Motootua National Hospital.

The boy’s own mother who travelled home with him from LA, as well as all other passengers on the 12th February flight, have consistently returned negative tests whilst in quarantine.

Health Chief Leausa Dr Take Naseri says the decision on their release will be made on Friday following more tests and certain protocols.

“There will be extensive testing to ensure Samoa remains free from a community case, of Covid” said Leausa.

“This Friday will mark the third week of quarantine, and we will make the decision on that day”.

Leausa confirmed that the 16 year old remains physically well in all other aspects, however, the isolation is starting to get to him mentally, and he is wanting to come out of the isolation area for a time during the day.

“We have to be extra careful to ensure the virus never enters the community,” said Leausa.

Samoa’s first case of coronavirus is believed to be a variant that is not easily transmissible, according to Leausa.

“If it were an easily transmissible variant, then his mother or one of the passengers would have tested positive, but after several tests over the past 2 weeks, we can confirm that noone else is affected,” said Leausa.

The Interimn Chair of NEOC Agafili Tomaimano Shem Leo reminded Samoa that the unprecedented journey of the past 13 months since Samoa has been in a State of Emergency still needed the nation’s cooperation and spirit of working together to ensure Samoa remains safe.

He thanked the parents, spouses, children and families of Samoa’s first responders for their ongoing support at this time.

“Our first responders were at the airport until 5am this morning.. we thank their families and acknowledge their commitment to keeping Samoa safe”, said Agafili.

Agafili ended by acknowledging God’s covering over Samoa in the past 13 months and thanked the nation for their prayers.

“Samoa’s journey as we continue this year, remains safe as we are all covered by the precious blood of Jesus and the blood of the lamb, from whence comes our protection and strength”.