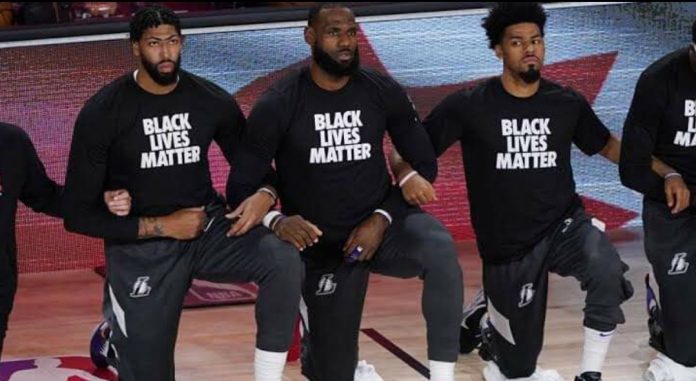 Following yet another shooting of an unarmed black man by Police in the US, the Milwaukee Bucks decided to walk out of their playoff game against the Orlando Magic.

Jacob Blake was shot seven times in the back by police on Sunday in Kenosha, Wisconsin near Milwaukee. He was seen on a home video being shot by a white policer as he got into the front seat of his car. His young children were seated in the back of the car as the 7 shots were heard. Jacon Blake is reported to be paralyzed and still fighting for his life in intensive care.

Police have said they were responding to a domestic incident, but so far it is unclear who called the police, how many officers were involved, and what happened before the shooting.

The person who took the video of the shooting, Raysean White, told CNN that before he began filming, he saw police wrestle, punch and taser Mr Blake.

It was then that he started recording. Mr Blake is shown being walked around his car to the front of his SUV by two white male police officers.

As he opens the door and leans into the car, one officer can be seen grabbing his shirt and suddenly opens fire. Seven shots can be heard in the video, as witnesses including Blake’s partner, shout and scream.

The Bucks walk-off has set a ripple effect across the sporting world in the United States, with mass cancellations of matches over the past 24 hours. 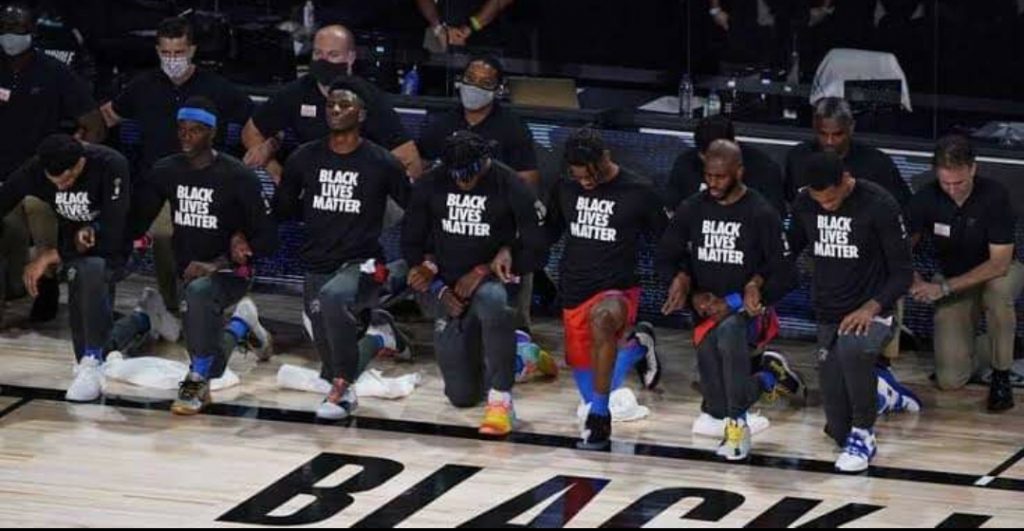 “We are calling for justice for Jacob Blake and demand the officers be held accountable. For this to occur, it is imperative for the Wisconsin state legislature to reconvene after months of inaction and take up meaningful measures to address issues of police accountability, brutality and criminal justice reform.”

In the Women’s National Basketball Association (WNBA), players from the Atlanta Dream and Washington Mystics joined protests against the shooting of Jacob Blake, by wearing T-shirts with 7 holes in them, to represent how many times he was shot by police.

Major League Baseball (MLB) said it supported its players’ decisions not to play in their stance against racial injustice, after three games were postponed this week.

In Major Leage Soccer (MLS), Atlanta United and Inter Miami players come together with referees to protest Wednesday’s match in response to the shooting of Jacob Blake.

A total of 14 matches across the NBA, WNBA, MLB and MLS were postponed as a sign of protest against continued police brutality in the United States of America.

Following the postponement of todays matches, players from the Los Angeles Lakers — as well as its city counterparts the Los Angeles Clippers — voted to boycott the remainder of the 2019-20 NBA season.

Players are expected to hold another meeting discuss the future of the NBA season, and figure out what the next steps are after the postponement of three playoff games.