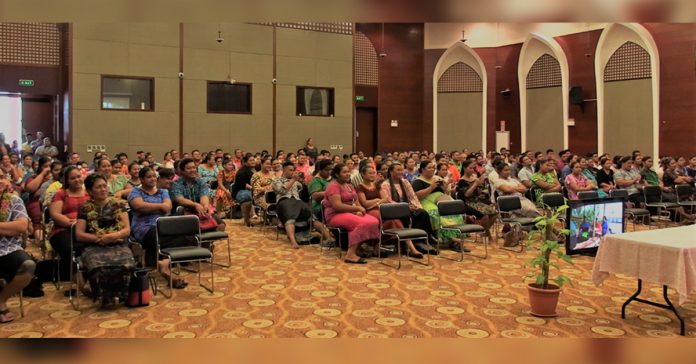 The Samoa Bureau of Statistics has completed their initial reading of the population of Samoa from the National ID initiative that saw the agency spread out around Samoa in the last five months.

“The project has tallied more than $10million tala and it is evident in the growing number of citizens in Samoa,” he said.

“I was initially told that the total population is at around 212,000 people in Samoa, and we are currently going through a second confirmation reading,” he added.

“Having our stimulus package go together with the National ID registration, is our way of taking down two birds with one stone.”

The Prime Minister also addressed the challenges the agency faced during the initiative.

“I understand some had their doubts regarding what the national ID was for. They believed it would somewhat be a curse reeling its way into their communities. And I have said this many a times, this is an important benchmark for Samoa going forward,” he added.

“I would like to thank the SBS for the long hard months with the task at hand. You didn’t given up when it was hard and you did not falter when it got harder,” he added.

“This whole project relied on the honesty of our families, and those who were in charge of the registrations. With this work, if one person did not do their job, then the whole operation would be a waste.”