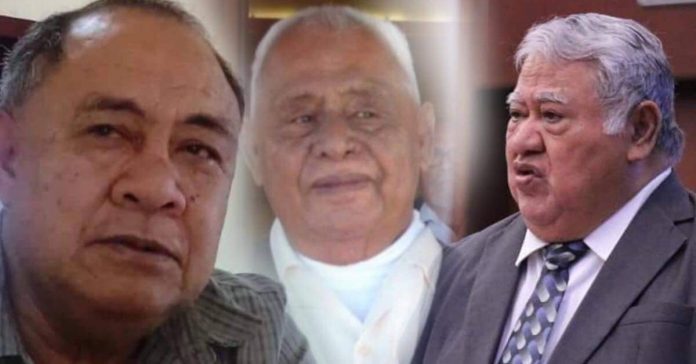 23 February 2019, Apia Samoa. Members of the National Council of Churches sought a meeting with the Government this week to discuss the issue of 20 EFKS church ministers facing charges relating to the newly imposed tax laws.

During his weekly media programme Prime Minister Tuilaepa Dr Sailele Malielegaoi said that the elders of the NCC including Rev Kasiano Leaupepe and Rev Elder Aisoli Iuni contacted him on Tuesday for a meeting.

“They came asking for help from the Government for the issue EFKS is facing at the moment,” said Tuilaepa.

Tuilaepa said that he explained to the NCC that it was very difficult for the Government to do anything at this stage because court proceedings had commenced.

According to Tuilaepa this may be the best way to solve this issue between the EFKS Church and the Government.

He added that the Minister of Revenue and the Department did give the chance to the EFKS before court proceedings however the church stood by its decision to reject the law.

The Prime Minister said that 36 churches in Samoa have accepted the law and it was only the Congregational Christian Church (EFKS) that is rejecting it.

Tuilaepa said if the Court decision backs the position of the church that pastors should not be paying taxes then that is what will prevail.