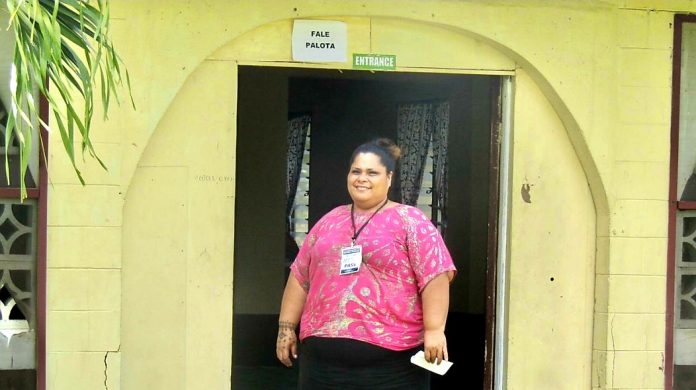 It literally took me less than one minute to pre-vote today at the EFKS Hall in Utualii.

As media we are tagged as essential workers for election day, and given the opportunity to register for pre-polling now underway in Samoa.

At about 2:30pm today we pulled up to the day’s allocated pre-polling booth for Sagaga 4.

I walked into the Church hall at Utualii and was greeted by OEC officers sitting on one side of the hall. A table of 4 scrutineers, one for each candidate, was facing from the other side. There were two police officers, also seated to one side of the OEC team.

In a few seconds, my name was identified on the electoral roll and my right thumb was marked by one of the OEC officers. The same officer then handed me a ballot paper.

I walked into the polling booth well covered with curtain like material. Alone inside, I ticked my choice of the 4 candidates.

I walked back out of the covered area to drop my ballot paper into the white ballot box placed in the centre of the room.

Quick and easy was the process, all done in less than one minute. As media, I am thankful to now be freed up to report on the elections, come Friday’s official polling date.

Over 30 people cast their votes at Utualii today and by 2.30pm when I arrived, the booth had been empty for quite a while because most voters had come in the morning, before 12pm.

More results will start to come in soon for Day 3.