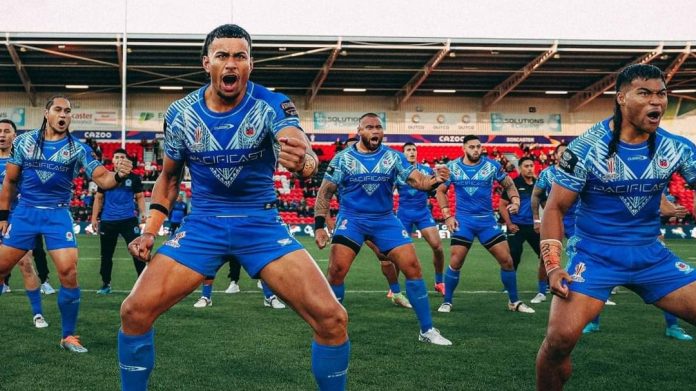 The Toa Samoa usos are game ready for their must-win match against France today.

The team’s social media page depicts a side composed and ready for the task ahead, whilst the support of Samoans both at home and around the globe has been displayed through organised public events and parades.

During an airport transit on their way to Italy, the Manu Samoa 15s rugby team paused to send a video message of support to the Toa Samoa.

Head Coach Matt Parish has named his team for the crucial decider to determine which side gets to advance to the quarterfinal stage of the Rugby League World Cup 2022.

After suffering a 60-6 defeat to host nation England and then bouncing back a week later to defeat Greece 72-4, it is a do or die match for the Toa Samoa against France.

Head Coach Matt Parish has made two changes to his starting line up. 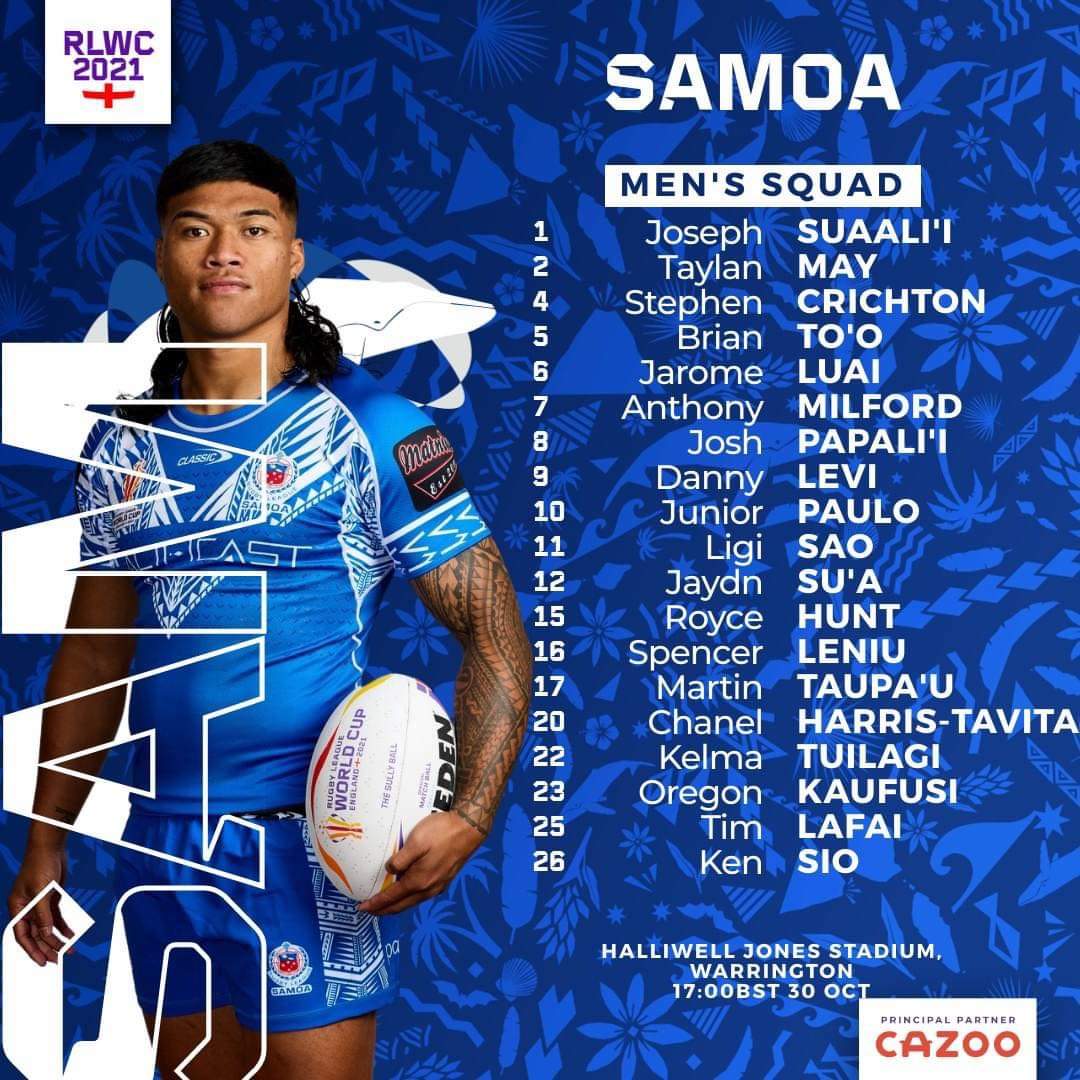 Oregon Kaufusi comes off the bench to start at lock with Josh Aloiai unavailable for the remainder of the World Cup due to a knee injury.

Aloiai becomes the fourth Samoan player to be ruled out of the World Cup campaign due to injury.

Matt Feagai misses out on selection and instead will be replaced on the wing by Ken Sio.

Sio was initially named to start last week against Greece but a last minute change to the line up saw Feagai get the starting spot.

Anthony Milford who served a one match ban last week is back this week on the bench for Samoa. Joining him on the bench are props Royce Hunt and Spencer Leniu.

Returning from injury is Penrith Panthers winger Taylan May who will look to earn his second cap for Samoa off the bench.

The match is set to kick off at 6am Monday morning (Samoan Time). TV1 Samoa is showing it live for viewers in Samoa and around the globe. 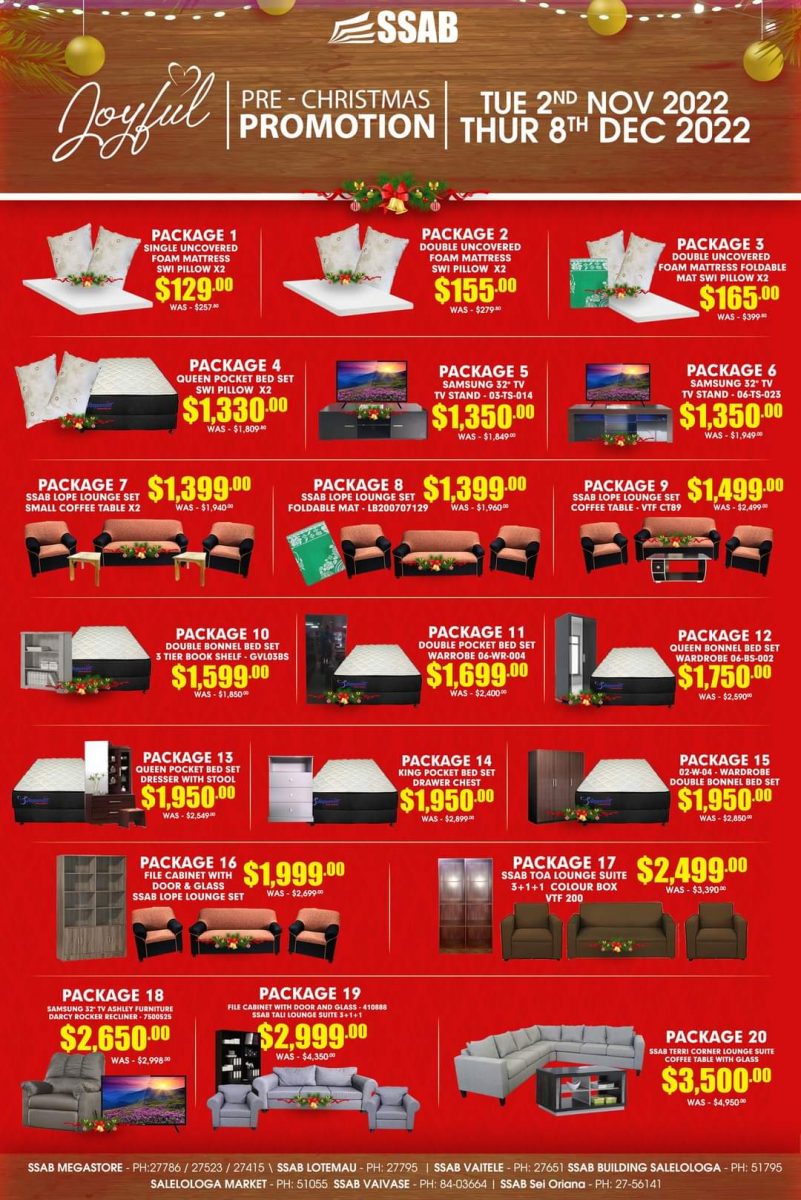