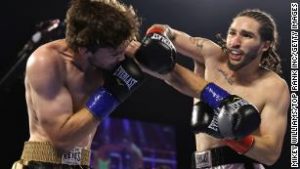 (CNN)The continuation of a legacy was how Nico Ali Walsh — the grandson of Muhammad Ali –– described making his professional boxing debut in the sport on Saturday.

Wearing a pair of his grandfather’s white trunks, the 21-year-old Walsh won his his middleweight bout against Jordan Weeks with a first-round stoppage at the Hard Rock Hotel & Casino in Catoosa, Oklahoma. 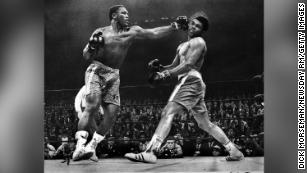 ‘The Fight of the Century’: A divided US nation 50 years on
“I’m blessed and honored to say that I continued history,” Walsh wrote on Instagram.
Thank you from the bottom of my heart to everyone that supported me! I brought my grandfather in the ring with me by wearing his shorts for the first and final time as a professional fighter. I’m more than proud to say: The Legacy Continues.”
Dubbed “The Greatest,” three-time heavyweight champion Ali died in June 2016 after a lengthy battle against Parkinson’s disease. 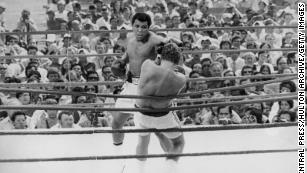