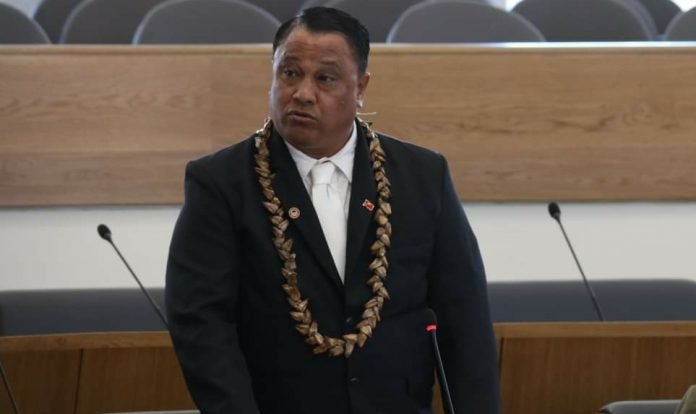 The Member of Parliament for the Vaisigano No 1 constituency from the far western part of Savaii, Niuava Eti Malolo in putting forth his views on the government budget questioned a rumoured increase in wages of Ministers’ drivers, strongly opposed the taxing of church ministers and called for the distribution of the entire annual dividends for SNPF contributors.

The Associate Minister of Works, Transport and Infrastructure during his maiden speech in Parliament on Tuesday morning said the new Minister for Customs and Revenue, Tuala Tevaga Iosefo Ponifasio should revisit the taxing of church ministers.

“I say no to taxing the church ministers please because it is just not right,” Niuava said.

The former senior public servant called for the Minister of Finance to reconsider the pay-out policy for Samoa National Provident Fund contributors’ annual dividends.  Half of the declared annual dividend it usually paid out to contributors, while the other half is reinvested back into their contributions.

Niuava suggested that if the dividend was 8% for example, then contributors should be able to access the whole dividend, instead of withholding 4% to be added to their contributions.

“I was also a public servant and this was something I have always thought about, when I stood for many hours in line to receive my annual dividend..” said the MP.

“Contributors should be able to access the whole 8% of their annual dividend in cash,” Niuava explained.

Niuava then also raised a question regarding what he called ‘rumours’ about an increase of Ministers’ drivers wages to $34 thousand tala per year.

“I’ve heard rumours everywhere about the new plan for drivers of the Ministers to get $34k a year in wages,” he said.

“When I first worked as a public servant I started with only $11k a year and this rumor is just unbelievable,” he said.

Niuava worked for more than two decades as a school teacher before moving to the Ministry of Natural Resources and Environment where he managed the Pacific Ridge to Reef Project. He resigned from his full time job to compete the general election in April 2021.  Niuava defeated former Minister of Agriculture and Fisheries Lopao’o Natanielu Mua.

Samoa’s first female Minister of Finance presented her budget address this week, and will be responding to all issues raised by Members of the Legislative Assembly after all MPs have had a chance to speak to the Appropriation Bill before Parliament.