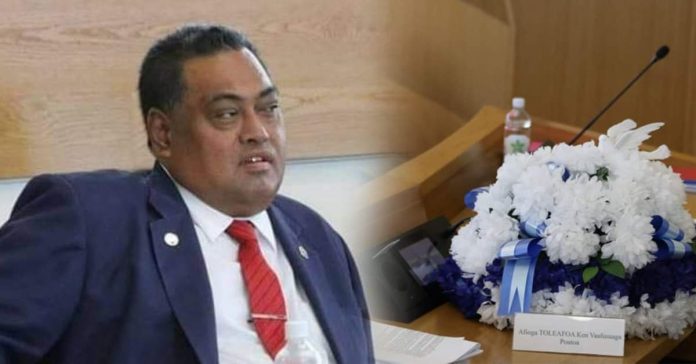 A remembrance wreath was placed on the Member of Parliament’s seat this morning; his presence felt through the House. His fellow MPs held back tears as they paid tribute to him during today’s sitting. 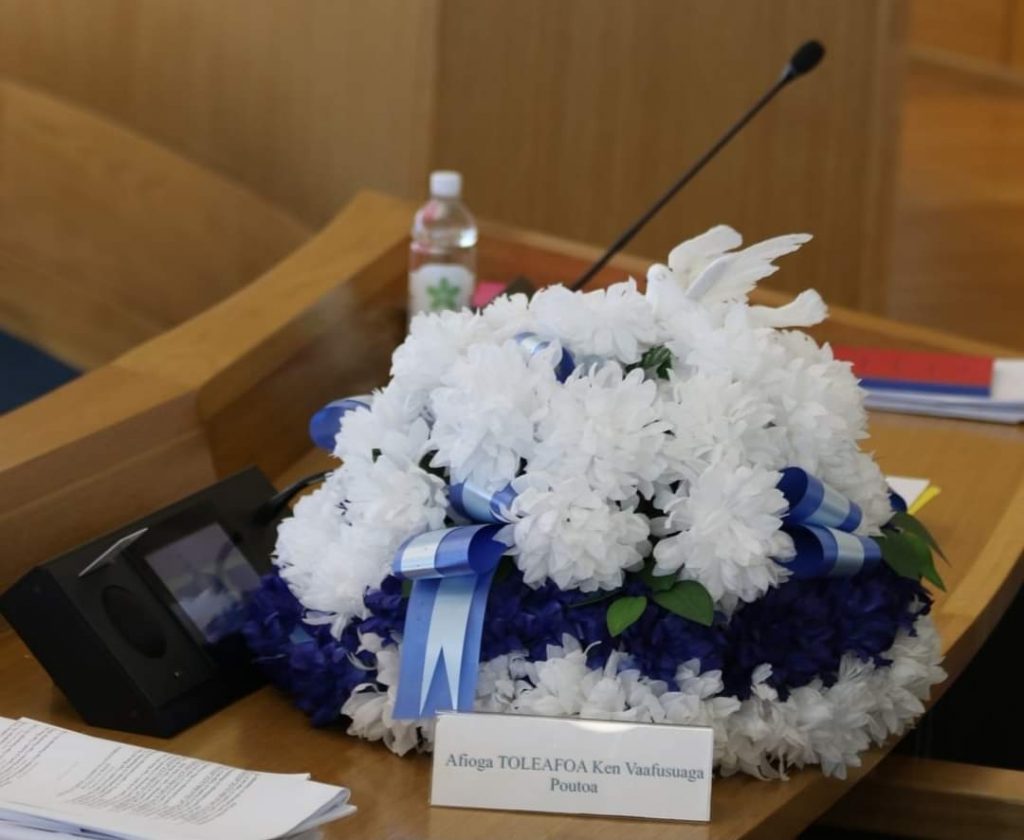 Speaker of the House, Leaupepe Toleafoa Faafisi shed tears as he called for a moment of silence this morning, in honor of Toleafoa as well as former MP for Fa’asalele’aga No.1 Fiu Loimata II.

Just yesterday morning, Toleafoa was mentioned specially by the Speaker as he remembered him for always being the first MP to speak on the Government Budget.

After several minutes of noone taking the floor, the Speaker said, “I am missing the MP from Lefaga and Falease’ela who is overseas,..he is always the first to stand and speak on the Budget when it is presented..”.

Toleafoa and his wife had left Samoa for New Zealand seeking medical treatment, however, the 53 year old MP passed away yesterday in an Auckland hospital.

Social media has been inundated by messages of love, condolences and tributes by constituents, church groups, sports clubs and hundreds of people whose lives had been touched by Toleafoa Ken. 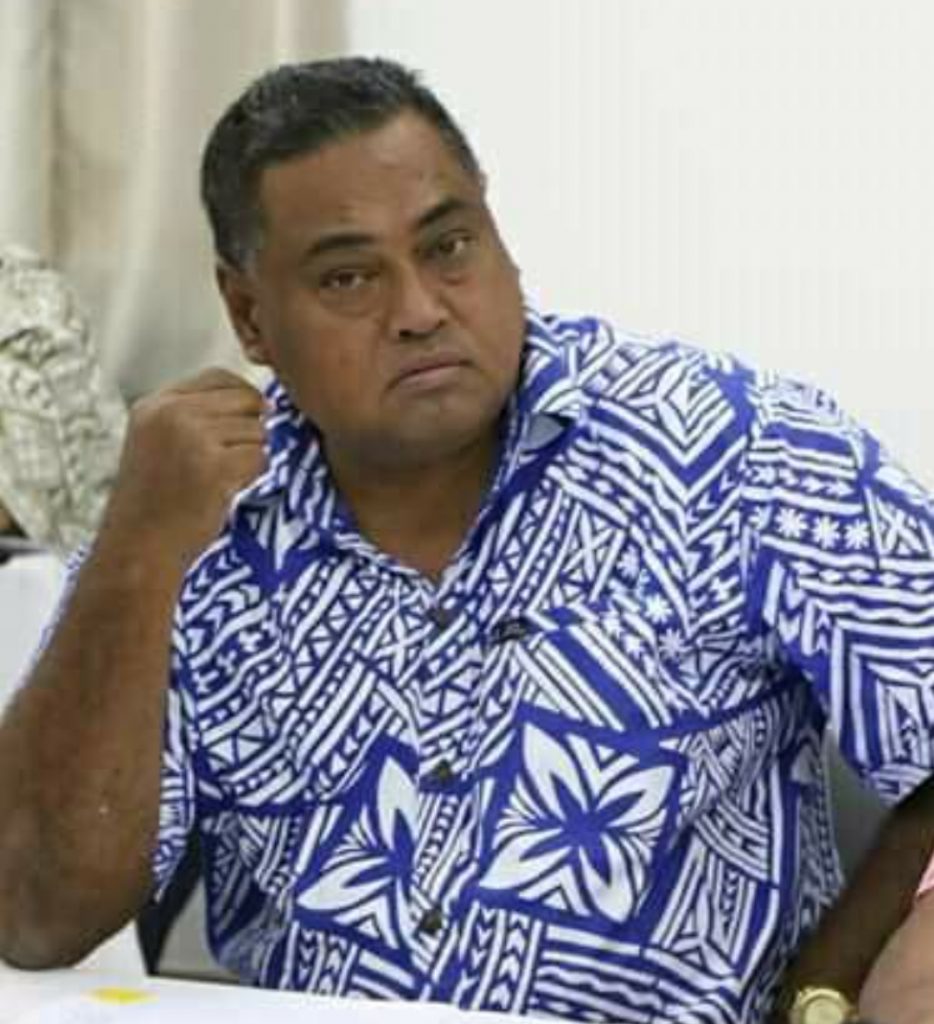 Many sharing that they are still in shock about their Member of Parliament representative remembered as someone full of love by his Constituency.

“He never turned anyone away, and always made an effort to help out when they came to him”.

The Vaiala Ulalei Rugby Club have also posted a tribute to the Member of Parliament, affectionately referring to him as “Radio” and remembering Toleafoa as a former player and avid Blackie club supporter.

“On the Rugby field wearing the Vaiala Black Jersey, he was a strong defensive and attacking player, always up for a challenge, especially on shield games”, said Tuifuisa’a.

Asked about the MP’s nickname, Sapolu says he got it from out-talking and out-debating everyone in the club.

Tuifuisa’a explains, “His name, Radio, as I heard through the Club over the years was because he loved to talk and have discussions with people. Those he had discussions with would run out of topics to talk about but not Ken! That’s where the nickname Radio came from, because e le pe le radio a Ken, e alu ai a, ma alu ai a.. a very funny person, very humble, with a caring heart.”

In the 2011 general elections as a 44 year old, Toleafoa secured his place on the political scene by coming a few votes short of then long serving MP for Lefaga and Falease’ela, Hon Lemamea Ropati Mualia. In 2016, Le Mamea had retired and Toleafoa secured the seat by a landslide victory.

He is a former board member of the Samoa Shipping Corporation, and served on Parliament’s Economic Sector Committee.