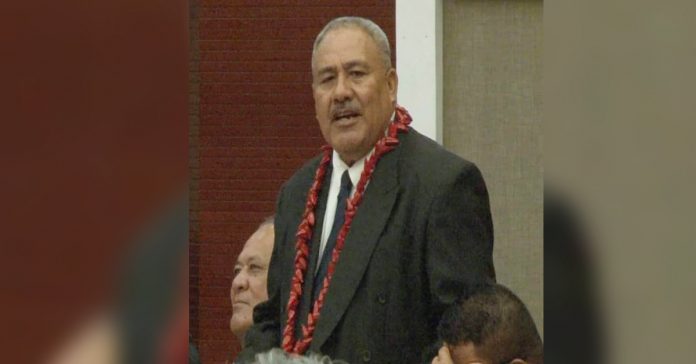 22 January 2019, Apia Samoa. Member of Parliament for Vaimauga Sasae Sulamanaia Tauiliili Tuivasa requested a restructure to the pension scheme calling for the removal of free ferry rides to Savaii and prescription medicine for senior citizens.

The suggestion was made during the parliamentary debate of the supplementary budget where an increase for pensioners is proposed from $120 to $130 tala per month.

Sulamanaia welcomed the increase but made the observation that such an important strategic decision should have been tabled with the annual budget and not during the supplementary.

“This important initiative should have been planned and presented during the government’s annual budget. When it is brought forward in the supplementary, it seems like an after-thought or perhaps something the new CEO has just added.”

Sulamanaia said the existing concessions such as free travel on the ferry to Savaii discriminated against senior citizens from his constituency for example, who do not frequently travel to the Big Island.

The current senior citizens pension scheme covers ferry to and from Savaii as well as prescription medicine for all Samoans 65 years and above.

“It would be better to increase the pension and remove those concessions, then pensioners can go and pay their own way to Savaii and also pay for medicine when they need it.”

An increase of $200 tala per month was floated as a suggested increase to replace the existing benefits. The amount was supported by Faumuina Liuga who stood to voice his agreement with Sulamanaia’s advice.

The Minister of Finance Sili Epa Tuioti responded by saying that the Ministry of Finance is already considering such a reform as put forward by the MP for Vaimauga Sasae.

“We have commissioned a research to look into this very issue so that we can explore the possibility of increasing the pension and doing away with the benefits.”

Prime Minister Tuilaepa Sailele Malielegaoi stood to commend Sulamanaia on the suggestion adding that these are the kinds of substantive advice his Cabinet can easily embrace.