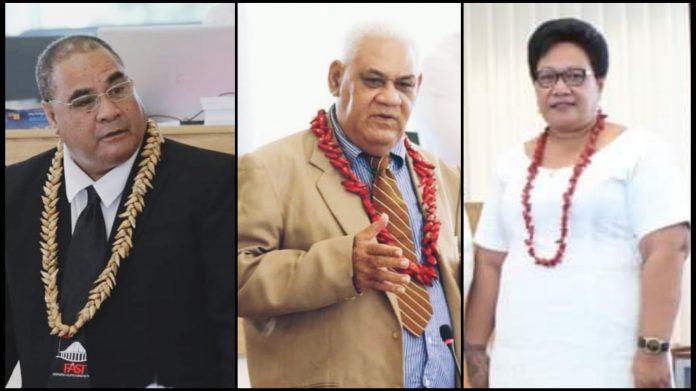 Papalii said the Commonwealth Parliamentary conference will be hosting a series of meetings over the coming week, and because he was not feeling 100%, he made the decision to stay behind and focus on this week’s Parliamentary session while the Member of Parliament for Faleata 4 has been selected to lead the delegation of MPs.

“The selection of Members of Parliament to represent Samoa’s Legislative Assembly to international conferences is the mandate of the Speaker,” said Papalii, “and Samoa will be well represented by the three MPs, who can deliver Samoa’s positions on the various issues to be discussed.”

Speaker of the House said important issues such as impacts on the environment, poverty alleviation, and various issues impacting Commonwealth States.

“It is important for Samoa’s Parliament to have its voice heard in the Commonwealth Parliamentary forums.”