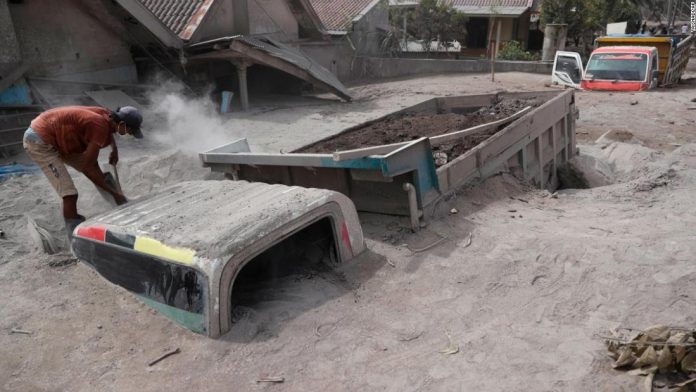 Rescue workers in Indonesia continued to dig through thick layers of hot ash and debris Monday to find survivors of a volcanic eruptionthat left more than a dozen people dead and thousands displaced in the country’s East Java province, even as the volcano continued to erupt ash.

Mount Semeru, one of Indonesia’s most active volcanoes, erupted Saturday, shooting smoldering hot ash and volcanic gas into the air that turned the sky dark over villages in East Java’s Lumajang district.

At least 15 people have died and 27 others are missing, according to the Command Post for Emergency Response of Mount Semeru. More than 1,700 people had been evacuated across 19 makeshift centers, the group said in a statement

Nearly 3,000 houses and 38 schools have been damaged by the debris, the statement said. The eruption also destroyed a bridge that connects Lumajang with the neighboring Malang district, blocking access from the main road and hampering rescue efforts, it added. 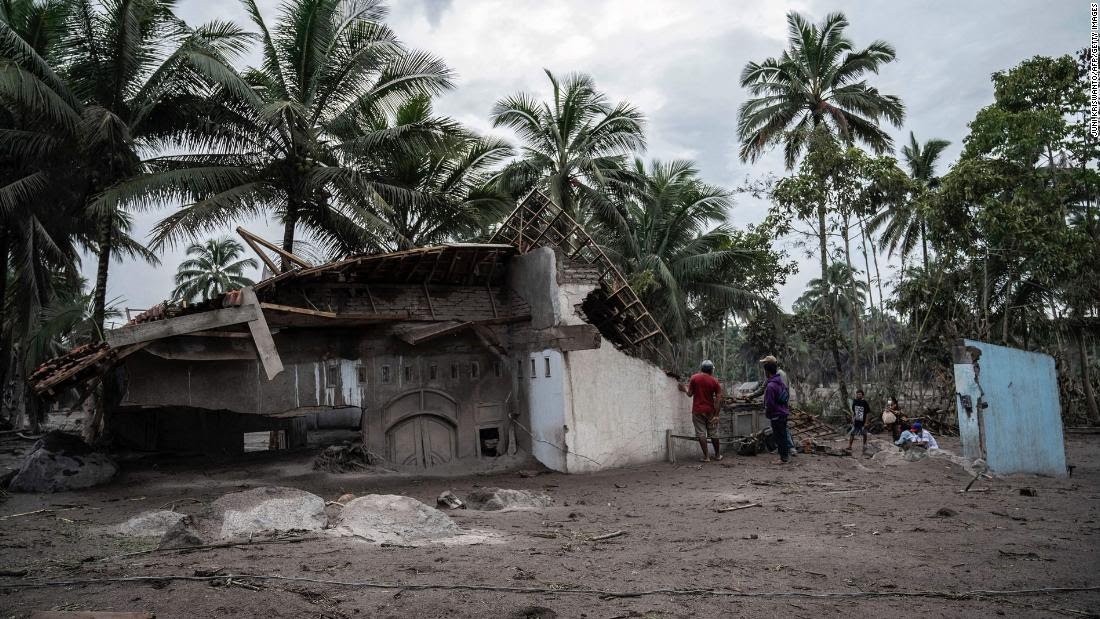 Maulana Ardiansyah, a volunteer from Baznas Search and Rescue team told CNN the group found three bodies — one man, one woman, and one child — submerged in cold lava in Kampung Renteng villageMonday morning.

The evacuees included hundreds of villagers who lived near a dam that burst Monday due to cold lava and heavy rain, Operational Chief of Search and Rescue I Wayan Suyatna told CNN.

He added that Monday’s search operation was forced to stop twice due to pyroclastic clouds — a mix of ash, rock and volcanic gases that can be much more dangerous than lava.

“Hot volcanic cloud is dangerous for the team safety,” Suyatna said. “The weather here is also really bad. (It is) dark and rainy.”

Video shared Monday by Indonesia’s National Board for Disaster Management (BNPB) shows debris-filled mud stretching for miles around the volcano. Villages are completely abandoned and vehicles remain submerged under the sludge, while thousands of trees are covered in a sheet of ashy dust.

“At first, I thought it was a bomb explosion … suddenly it was all dark, like it was going to destroy the earth,” she said.

Hosniya was evacuated with her family, but they were unable to take anything with them but their official papers, Reuters reported.

In the village of Sumberwuluh, where 16 houses were buried under ash, residents raced to evacuate their livestock on trucks Sunday. Roofs of several of the village’s houses had caved in, leaving bricks and metal rods exposed.

Aftershocks from the eruption were also felt among some residents of Kobokan and Kanjar villages late Sunday. They were later evacuated to a shelter in a nearby district.

The Indonesian government said it was preparing a relocation process for villagers who lost their home in the eruption. The BNPB said it will provide them with financial aid before the government can relocate them.

Indonesia sits between two continental plates on what is known as the Ring of Fire, a band around the basin of the Pacific Ocean that leads to high levels of tectonic and volcanic activity.

In January, Mount Merapi on Java Island erupted, shooting up a cloud of ash that led authorities to warn of the risk of lava reaching roads. The volcano violently erupted in 2010, killing more than 350 people