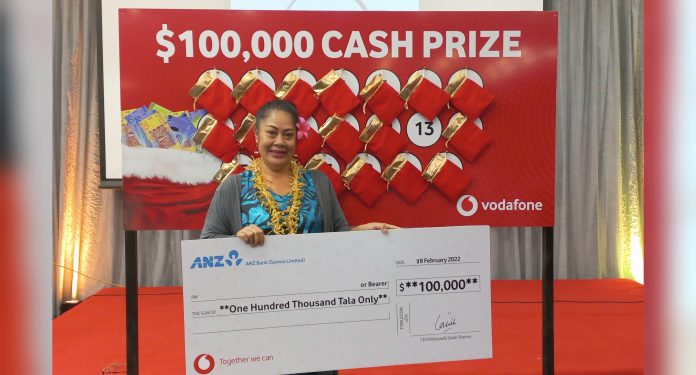 18 February 2022, Apia Samoa. Bernadette Neufeldt’s $100,000 tala cash prize win was described as an historical first ever event for Samoa by the Minister of Communication & Information Technology after the winners were drawn at Taumeasina Island Resort this morning.

The 50 year old mother of three from Vaivase-Uta village was the lucky winner amongst five finalists of the Vodafone $100,000 Cash Prize Promotion which ran for the past three months.

Vodafone had set up numbers from 1 to 20. Behind one of these 20 numbers was the lucky note that would read, “Congratulations you are the $100,000 tala winner”.  The five finalists were then made to select a number from 1-5 to determine the order of play. Mrs Neufeldt selected 1, and got to go first. Her next pick was the number 13 – said to be an unlucky number for most, but was today the lucky pick for Bernadette.

To enter the draw, Vodafone Samoa customers has to top-up $10 tala or more, purchase any device from Vodafone, or receive money from New Zealand and Australia via their M-Tala accounts.

Mrs Bernadette Neufeldt said this money would go a long way towards her family’s development. “I will prioritse my children’s schooling needs, and areas to improve our family home,” she said. “We don’t own a car, and this will definitely go towards buying a vehicle for our famiily”.

Mrs Neufeldt thanked Vodafone Samoa for the promotion that has brought an unexpected but much welcomed post-Christmas and post-lockdown blessing to her family.

Mrs Neufeldt shared that she works at Samoa Commercial Bank, and has been employed there for the past 13 years.

“We have many plans to develop and improve our home, but we did not have the money to fund those. Thank you Vodafone, for this great help for my family”. 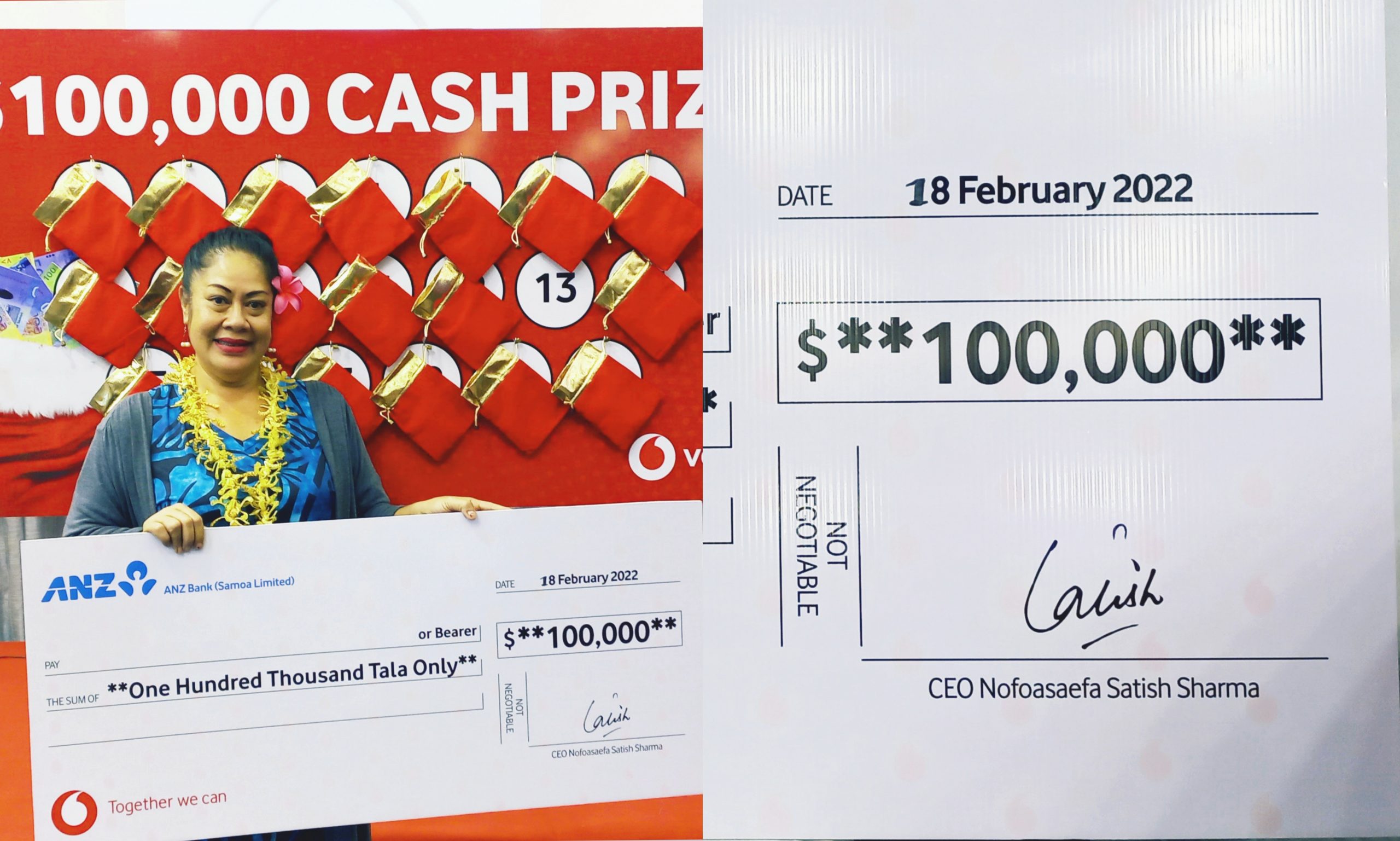 The event at Taumeasina Island Resort was hosted by Matautia Folomalo Iafeta of Vodafone and the opening prayer was led by Pastor Moeaiseu Ray Betham while the Minister for MCIT Toelupe Poumulinuku Onesemo led the opening remarks. A live performance followed by Vodafone staff before the announcement of the winners. CEO of Vodafone Samoa Nofoasaefa Satish Kumar acknowledged the Minister and all Vodafone participants with a final word of thanks.

“We are here to witness another great promotion by Vodafone Samoa to celebrate for the first time ever in the history of Samoa the presentation of who will be the lucky Winner who will take home the $100,000 cash prize and its the reason why we are all here today.”

“Samoa is a small country and Vodafone understands that and so i commands Vodafone Samoa to continue their supports to our government and our people so it is a pleasure i say to you all to support Vodafone Samoa who supports our community.” 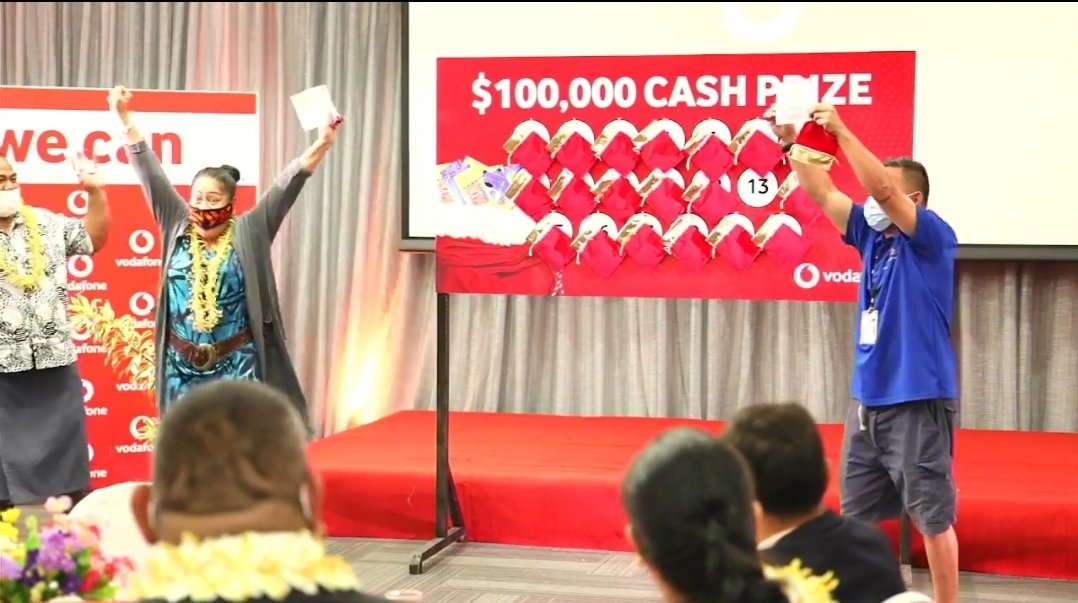