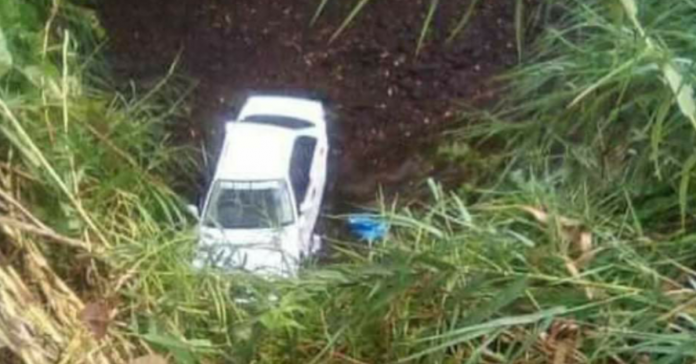 A mother of two from the village of Fagamalo was killed when a vehicle driven by her husband  veered off the road and fell into a steep end of the Maliolio river in Patamea, Savaii.

“She was with her husband in a car when it ran off the road and into a ravine where she died”, Su’a confirmed.

The Police Commissioner says there is no evidence of alcohol and no other vehicle was involved.

“We have charged the husband for negligent driving causing death.. and he is currently out on bail with conditions, awaiting his Court appearance on the 22nd of September 2020.

A family member told Samoa Global News that the couple had gone to run an errand at Patamea that evening, and the incident had happened on their return.

Aiganalupe Poai Tavita is remembered as a humble and gracious mother who loved to work the land. She grew vegetables for her family and worked on her plantation. She was also employed by the nearby Le Lagoto Resort and Spa.

The Commissioner of Police says investigations are ongoing as to the cause of the accident.

Press Release - August 2, 2021
Monday 2 August 2021 Public Notice from Samoa Shipping Corporation Update on Trips Please be informed that due to bad weather conditions we are cancelling all sailing...