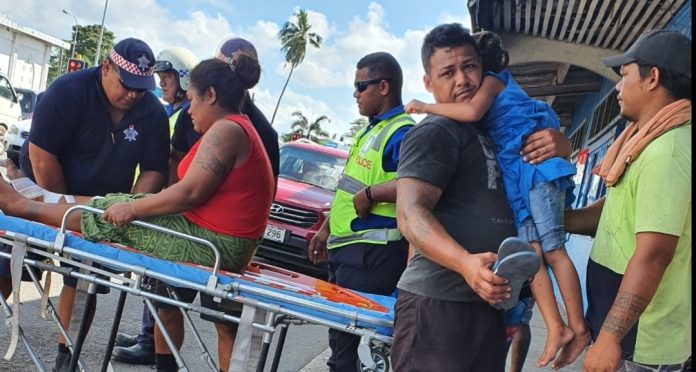 7 August 2020, Apia. A woman who went to collect her four children from Vaimoso Primary School was hit by a black sedan while crossing the four-lane road infront of the school at around 2pm yesterday afternoon.

A team from the Fire and Emergency Services Authority (FESA) were quick to respond to a call for assistance.

The woman said she fell and the vehicle’s tyre went over her right leg. The FESA first response team treated her with a broken leg and a twisted ankle. Her 5 year old daughter did not have any visible injuries. She seemed shaken and upset, and was taken to the hospital with her mother.

The woman driving the black sedan involved in the accident was being interviewed by Police when Samoa Global News arrived at the scene.

This stretch of road infront of Vaimoso Primary School is particularly busy when school is out between 2pm and 3pm.

A senior traffic officer at the scene reminds the public that this area is a school zone, and they should proceed with caution especially during times when school is out between 2pm – 3pm.

He also advises parents to use the pedestrian crossings nearby when collecting their children from school. 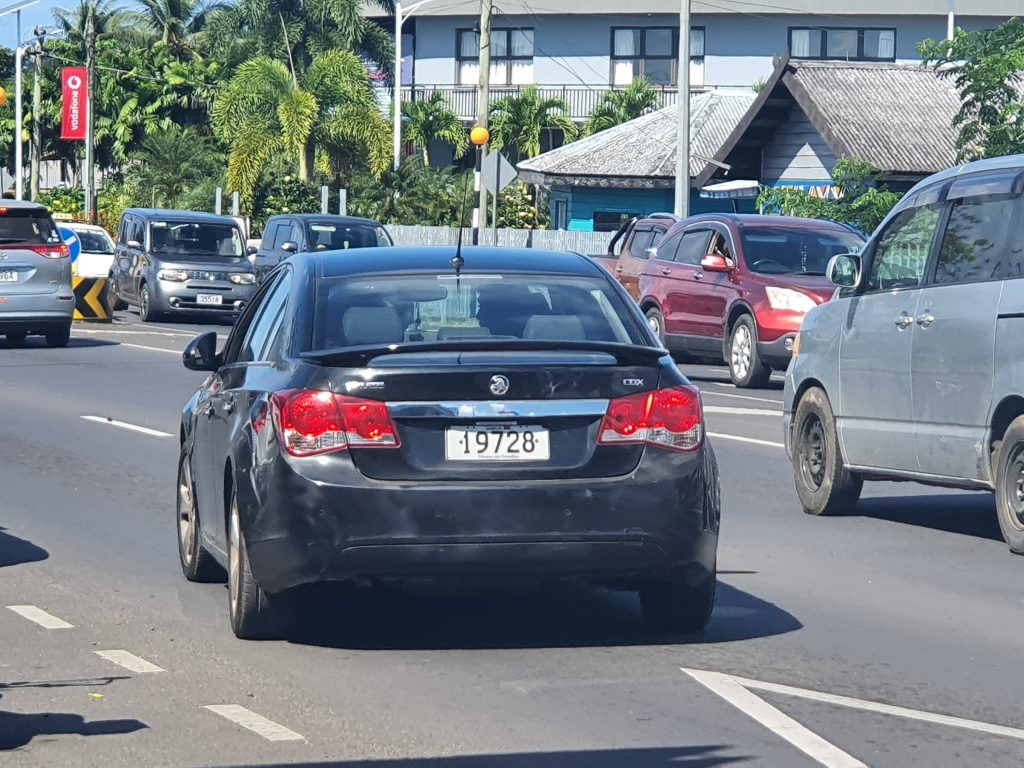