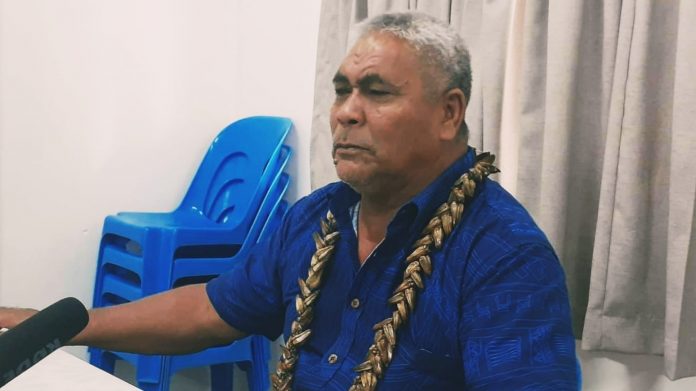 A by-election candidate for the Savaii seat of Gagaifomauga 2 has said his motivation to run is because he would like to see his constituency represented by a full-time resident of Savaii.

“Most MPs who have represented us in the past, have lived in Upolu”.

Speaking to the media after the Human Rights Protection Party’s official announcement of candidates yesterday morning, Sooalo Fineaso Poka Sooalo, said the reason why he has decided to run in the upcoming by-election, was because Members of Parliament who have represented his constituency in the past, have mostly been permanent residents of Upolu.

“As a resident of Samauga, I am putting my hand up to run, and my village has also endorsed and given their blessing,” said Sooalo.

A long serving talking chief of the Samauga village (faiupu o le nuu), 63-year-old Sooalo Fineaso Poka is a retired educationalist. He served with the Ministry of Education, Sports and Culture (MESC) for 18 years. Sooalo Fineaso Poka was a teacher from 1980 to 1994, and then continued within MESC from 1994 to 1998.

Laaulialemalietoa has told SGN that he has advised the village that it is best to show their loyalty to the party by supporting one candidate. The FAST party has yet to make an official announcement regarding candidacy for the by-election. Radio Polynesia has reported that FAST have endorsed Lomia Tauloa Moafanua Safuneituuga Siaaga.

Nominations close at 12 midday today, Friday 13th May for the by-election that would confirm a 54th Member of Samoa’s Parliament, currently in its 17th session.