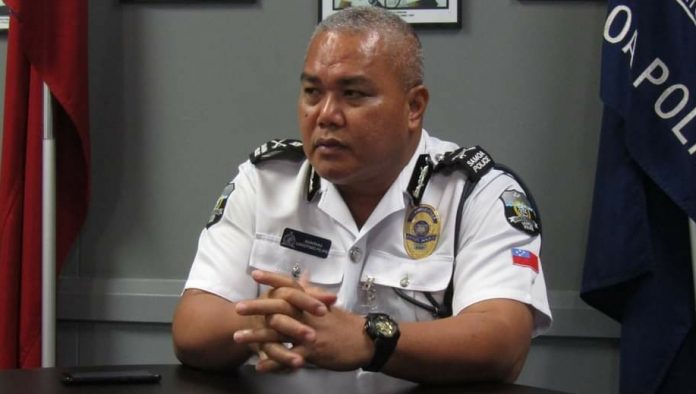 Five more youth between 20-28 years from the village of Faleu, Manono have been charged by police in relation to an attack on a family’s property where their home was stoned while a mother and her five children were inside.

The youth are charged with stoning and armed with a dangerous weapon namely a rock, and did appear in Court this week.

Asked about the members of Faleu’s Village Council of chiefs who allegedly ordered the untitled men and youth to carry out the attack, Auapa’au said police are still investigating the incident, however, no matai or member of the Village Council has yet been charged in relation to the incident.

“But that doesn’t mean we won’t consider charging matai – that is all part of the ongoing investigation at the moment,” Auapaau added.

The Faapito Saleu family say they were banished for not voting for the village’s endorsed candidate at the April 9th general elections.

Faapito Saleu immediately moved out of the village however his daughter Atalelei Fa’apito, her husband and five children stayed on to continue their shop and farm, and to look after their five bedroom home in the village. This led the Village Council to a decision where they allegedly ordered the youth and untitled men to stone the Faapito family home.

Atalelei Fa’apito says her family are now living in a faleoo at Tuanaimato in Upolu with her husband and her five children, as well as her elderly father Fa’apito Salue and some of her siblings, all in a small faleo’o at Tanumapua.

In an interview with Samoa Global News, Atalelei says her four older children have not been able to return to school, because her whole family was left without clothes, even the school uniforms were taken by village looters who helped themselves to their belongings after the attack.

“Nothing was left in our homes and even our shop after the attack. They took everything, like everything we had, we are now left with nothing,” she said in tears.

The Faapito family were banished from Faleu Manono for political reasons according to Atalelei. “It was because our family had not supported the village’s chosen candidate, who ended up not winning the April 9th general elections”.