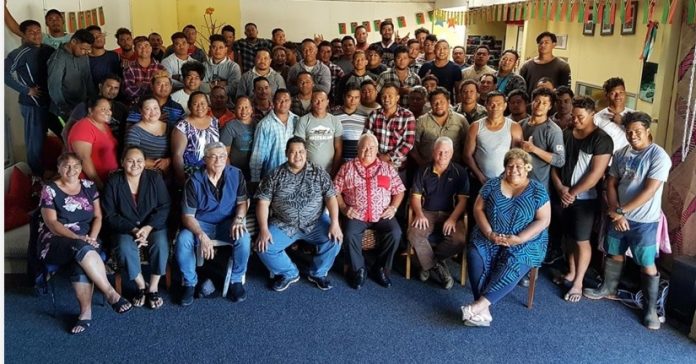 The New Zealand Government recently announced an increase in the annual cap of seasonal workers under its Regional Seasonal Employment (RSE) scheme and Samoa is looking to take full advantage of the opportunities this expansion brings.

Workers under the New Zealand RSE are hired for periods of three to seven months and Samoa workers compete with 8 other Pacific Island Countries including Fiji, Kiribas, Tonga, Nauru, Tuvalu, PNG, Solomon Islands and Vanuatu.

In a statement from the Press Secretariat the Minister of Commerce Industry and Labour, Lautafi Fio Selafi Purcell predicts that the increased numbers will equate to at least 600 new seasonal job openings for Samoa in New Zealand.

Around 200 Samoans are lined up to be interviewed by Australian employers under the PLS which is similar to the seasonal workers program, with the big difference being in the duration of work permits and the variety of work offered.

The PLS can provide work permits up to 2 years, with jobs for semi-skilled workers in areas such as cookery, aged care and the trades. Samoans are able to apply for low and semi-skilled employment in Australia under this scheme.

This new Scheme will help meet business demand across all sectors in rural and regional Australia and it is also open to workers from Fiji, Kiribati, Nauru, Papua New Guinea, Solomon Islands, Timor-Leste, Tonga, Tuvalu and Vanuatu.

According to the Press Secretariat, the Minister also anticipates an increase of 100 Samoans for Australia’s Seasonal Workers Program (SWP) which currently only provides 648 jobs for Samoans.