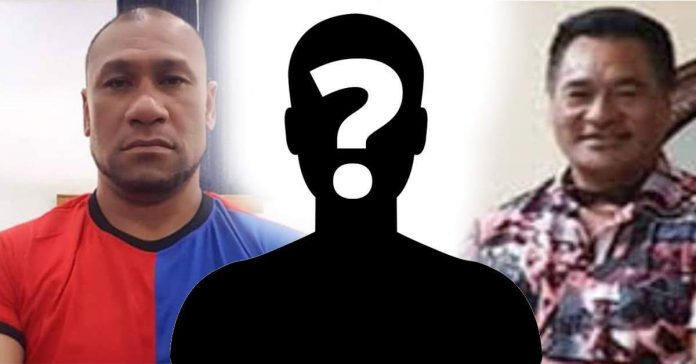 The infamous Malele Atofu Paulo a.k.a King Faipopo and Samoa First Party candidate Lema’i Faiaso Sione were arrested earlier this week in relation to the conspiracy which was first brought to light by the Village Council of Laulii.

A press release issued this afternoon by the Samoa Police Service (SPS), however states that only two of the three men are remanded in custody.

“We can confirm that three suspects have been charged and two have been remanded in custody until 26 August 2019 for mention”.

A credible source from the village of Laulii who did not wish to be named confirmed to Samoa Global News that the third man arrested is a “faiava” of their village.

“He is married to a woman from our village but he is from Maagiagi,” said the source.

SPS confirms that a special law enforcement taskforce continues to work closely with Samoa’s international partners and limited information can be released because of the “seriousness of allegations”.

“Our investigation has no limitations on direction, depth, or jurisdiction, and we will leave no stone unturned on this one,” said Police Commissioner Su’a Fuiavailiili Egon Keil.

“From my perspective, any attempt to harm the leader of our country is an assault against the whole of Samoa. This cannot be taken lightly nor tolerated,” added the Samoa Police Commissioner.

The police statement confirms, “We will explore and determine if overseas nationals and entities are directly involved and where evidence is confirmed there will be further charges.”

“Together with the Office of the Attorney General we have engaged our International Partners to assist with the investigation”, reads the statement.

The Samoa Police also state that their investigation extends to the “recurring issue of false allegations and unsuppprted statements posted on social media by knowing or ill intended individuals”.

The Samoa Police Service have thanked the village to Laulii for their cooperation and early reporting of the matter.

“The matter was reported to the Samoa Police on Monday 13 August 2019. We thank the Village Council of Laulii for immediately reporting the incident to police.

This story is ongoing as investigations continue and the plot thickens.