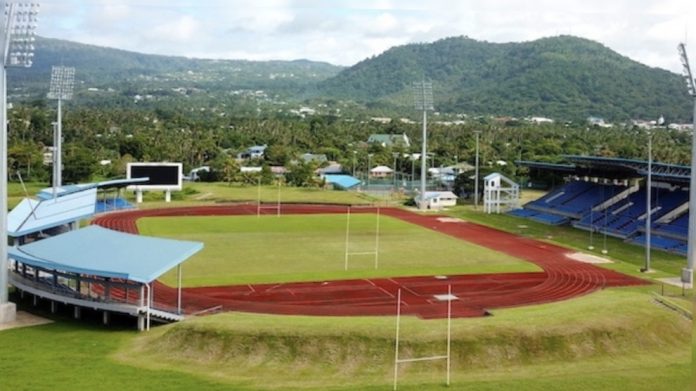 The DHL Super Rugby Pacific’s 2023 schedule has been announced and Moana Pasifika will play one out of its 14 season matches at Apia Park.

The match is in Round 8 of the Super Rugby comp where Moana Pasifika is scheduled to face the Queensland Reds on Friday 14 April 2023.

It is the second time a Super Rugby match will be held in Apia. The Auckland Blues played the Queensland Reds in 2017 in Apia as part of the previous Super Rugby competition.

The 2023 schedule also has Fiji Drua playing six home games for the season.

All 12 teams will play a total of 14 matches during the regular season, 11 round-robin fixtures plus three additional ‘rivalry matches’ which will see each team play a home and away series against three other teams.

Round 1 has been set to feature traditional rivalry fixtures while Round 2 is the Super Round where all teams will congregate to play in Melbourne.

The defending DHL Super Rugby Pacific champion Crusaders will kick the competition off against the Waikato Chiefs during an opening round that focuses on traditional rivalries, while also breaking new ground as the Waratahs christen the brand new Allianz Stadium in Sydney against the Brumbies.

Opening weekend will also see Pasifika pride on the line as Moana Pasifika host the Fijian Drua at Mt Smart Stadium in Auckland in what will be the start of historic campaigns for last year’s two competition newcomers.

The final fixtures of the opening weekend will see the Highlanders host the Blues at Forsyth Barr Stadium in Dunedin, the Hurricanes travel to Brisbane to play the Reds, and the Force host the Rebels in Perth.